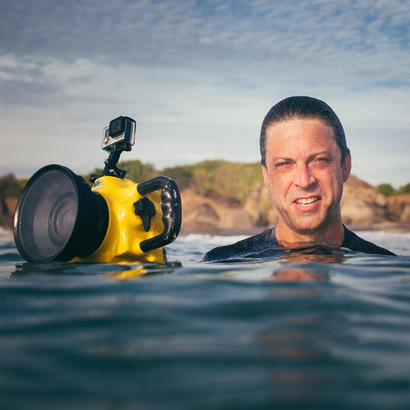 Tommy Schultz is an adventure photographer based in Asia since 2004. His photography has been published by National Geographic, Patagonia, The Surfer’s Journal, The North Face, The World Wildlife Fund, Singapore Airlines, and many more. Tommy had his TV debut as the judge on the History Channel’s ‘Photo Face Off’ show, sponsored by Canon.

A selection of his fine art surf photographs have been exhibited at the prestigious Galerie Jean-Denis Walter in Paris. Tommy’s underwater photography career began during his service as a U.S. Peace Corps volunteer in the Philippines where he worked on environmental issues facing coral reefs. He’s been based in Bali since 2007, where the beauty and diversity of the Indonesian archipelago has inspired some of his best work. The common thread throughout Tommy’s work is a love of the ocean, telling the stories of the people, places, and wildlife that are inextricably tied to the amazing biodiversity and cultures of the Coral Triangle.


Other works by Tommy Schultz