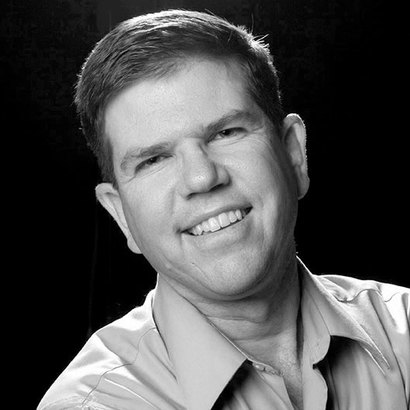 Ansel Adams taught us that when portrayed in black and white, the natural world has a power and honesty that are compelling to the discriminating eye. The rich pianoforte tones of graphite, its subtlety and strength, its boldness, shyness, and malleability, allow me to explore nature with a sophistication unique to black and white images.

Though his work is usually mistaken for photography, Doug works exclusively in graphite. He had exactly one formal drawig class in college and had not drawn for some years afterward. But for the past several years he has been seriously pursuing this unique and amenable art form. Design is the foundation of his drawing, especially in the use of negative space and placement of visual mass. From the tiniest knot of leaves to the grandest thunderstorm, nature supplies him with an inexhaustible source of inspiration. Though his work may be considered “landscape,” it encompasses as many aspects of the natural world as he can capture in eye, heart, and hand.

Doug’s work is influenced by masters such as Paul Callé, but as he’s developed his own style, he can look at Callé, Robert Bateman, Ray Harris-Ching and Andrew Wyeth as instructors, not masters. He also loves the work of Ansel Adams and Sean Kearnan. But his strongest influence is still nature herself: snowfall, fog and mist, mornings and evenings, clouds and stones and trees and rivers. The combinations are limitless, and the delights never end. He’s as excited as a kid when the clouds disclose the mountains, or when the sun arises. He never gets used to it.


Other works by Doug Fluckiger