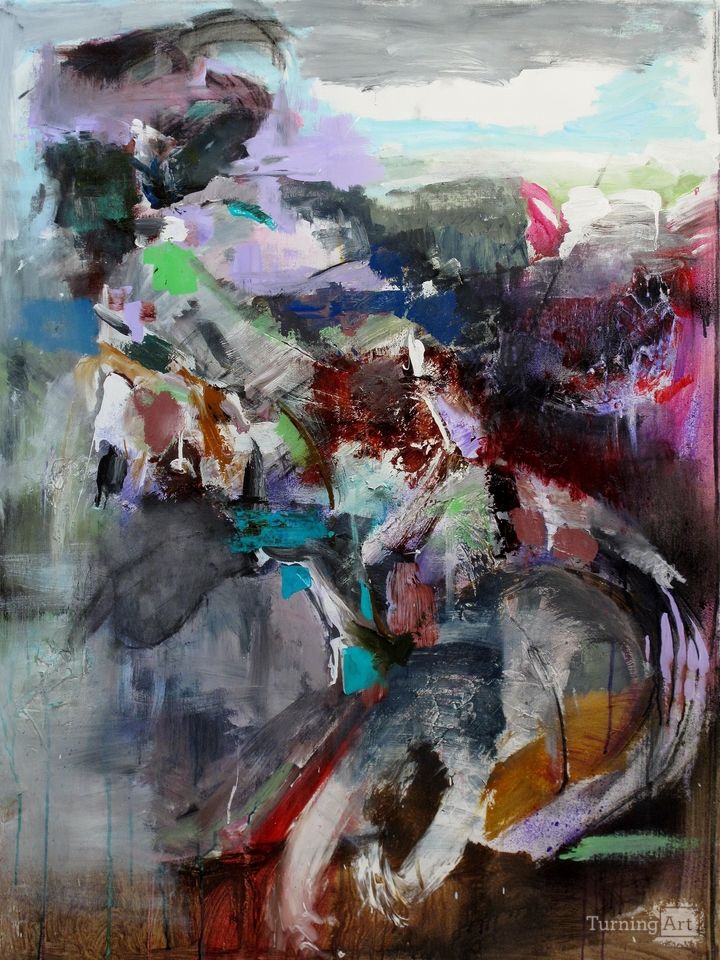 This piece was inspired from life, conducted to an abstracted end.