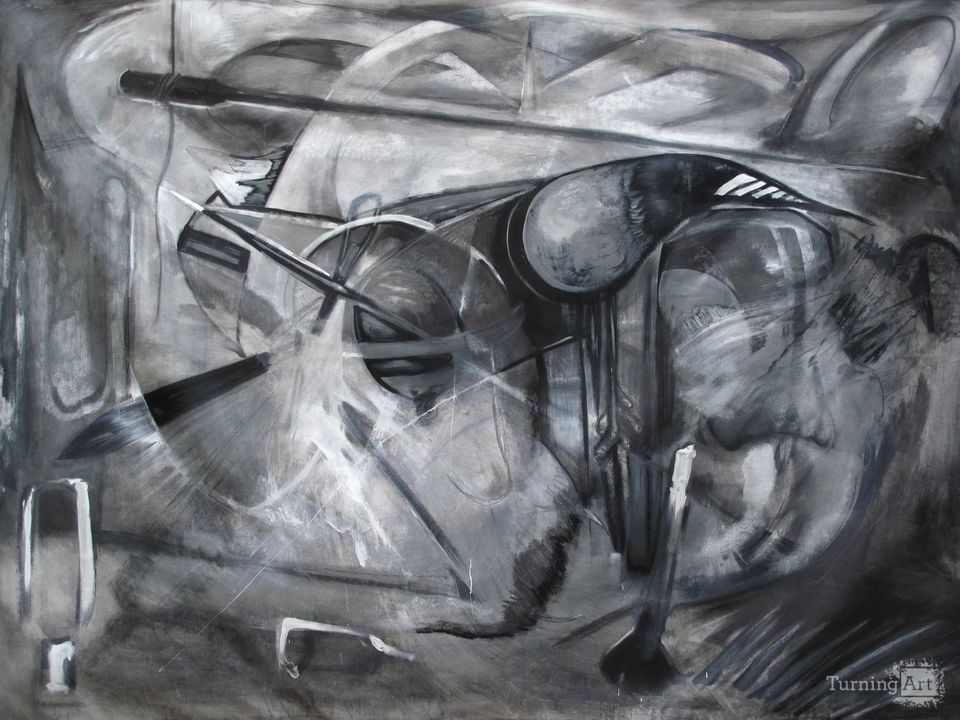 This "landscape" from my imagination was a result of a smaller drawing, one of many, that depicted needles in various ways — beautiful in it's design, simplicity, and utility I found inspiration for this sensitive but somewhat vigorous composition.