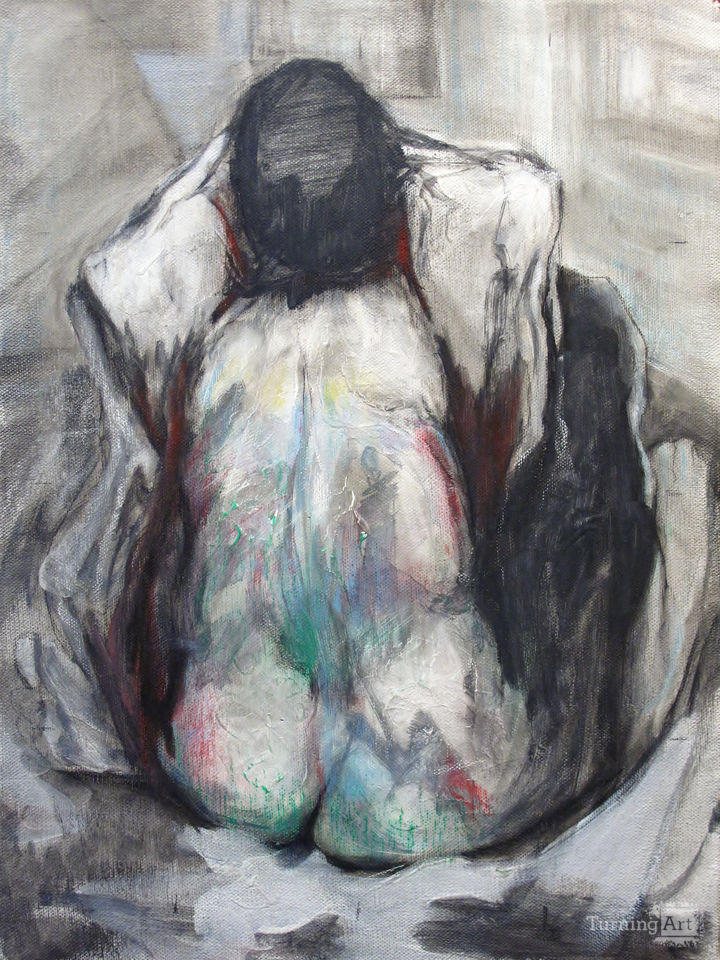 Between she and her pillow.