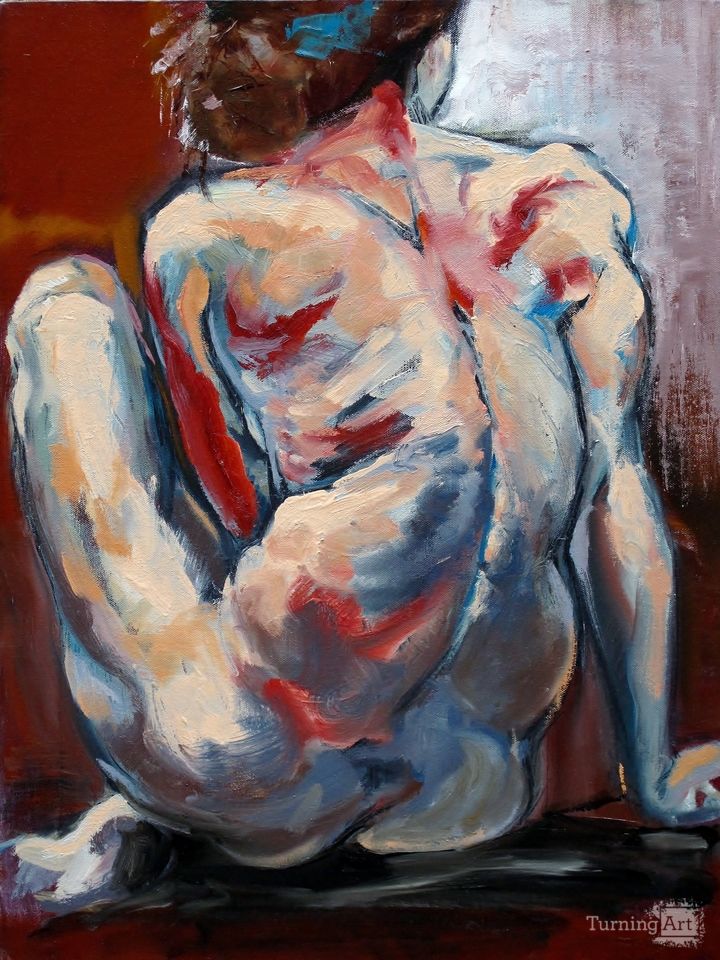 This piece is a figure painting of a woman.