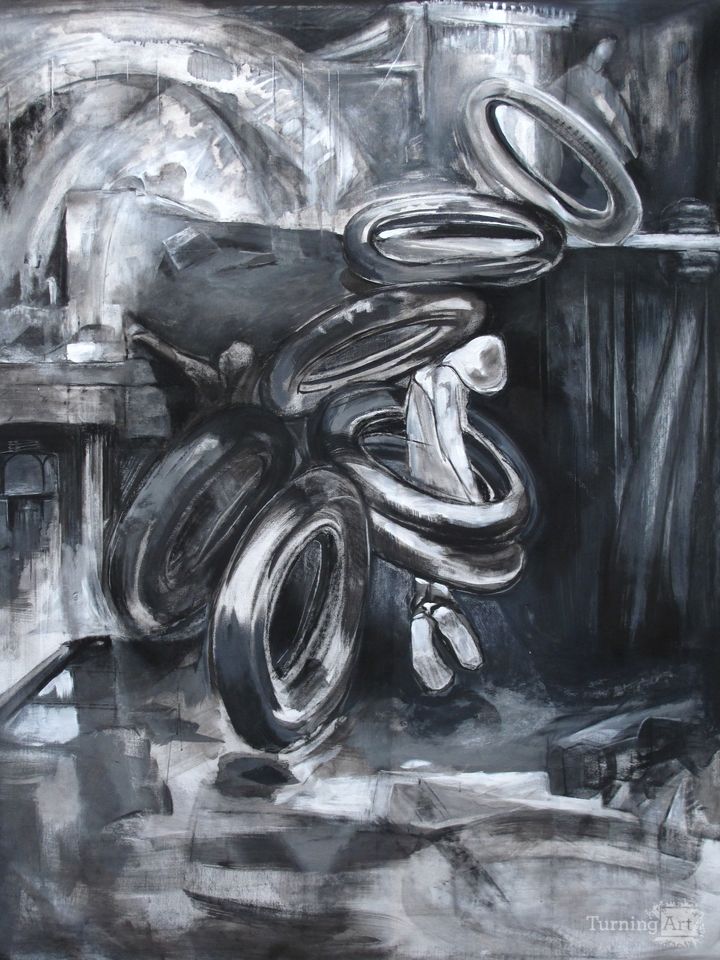 After making a smaller drawing from my imagination this larger piece was again interpreted by adding and subtracting layer upon layer of further imaginings.