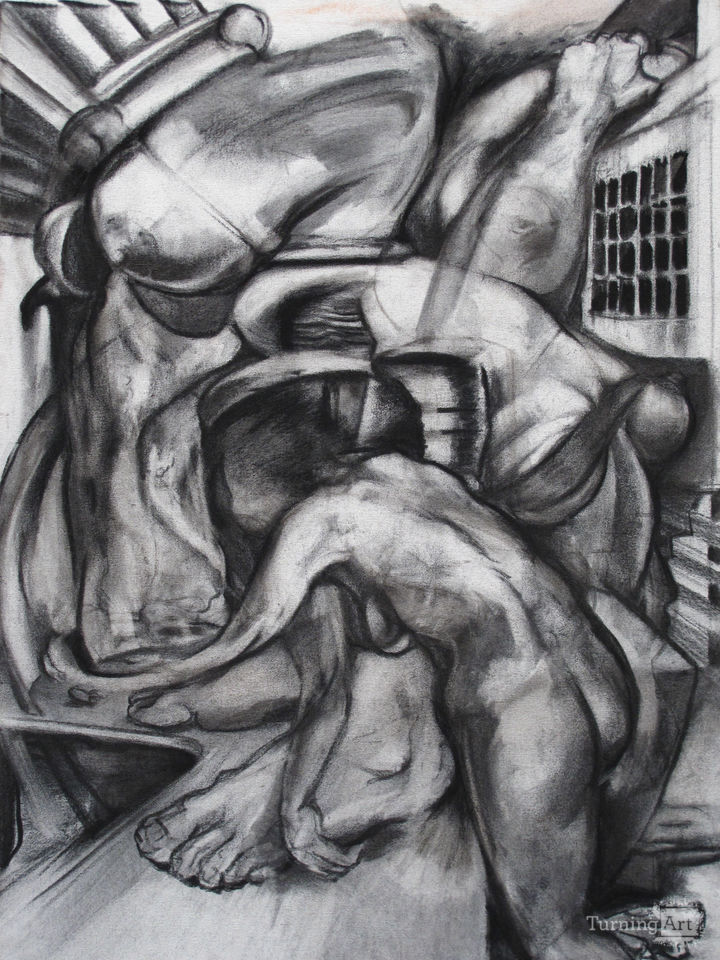 Starting with a moving live model this piece started to suggest to me a political environment where nudity has no bearing or influence.