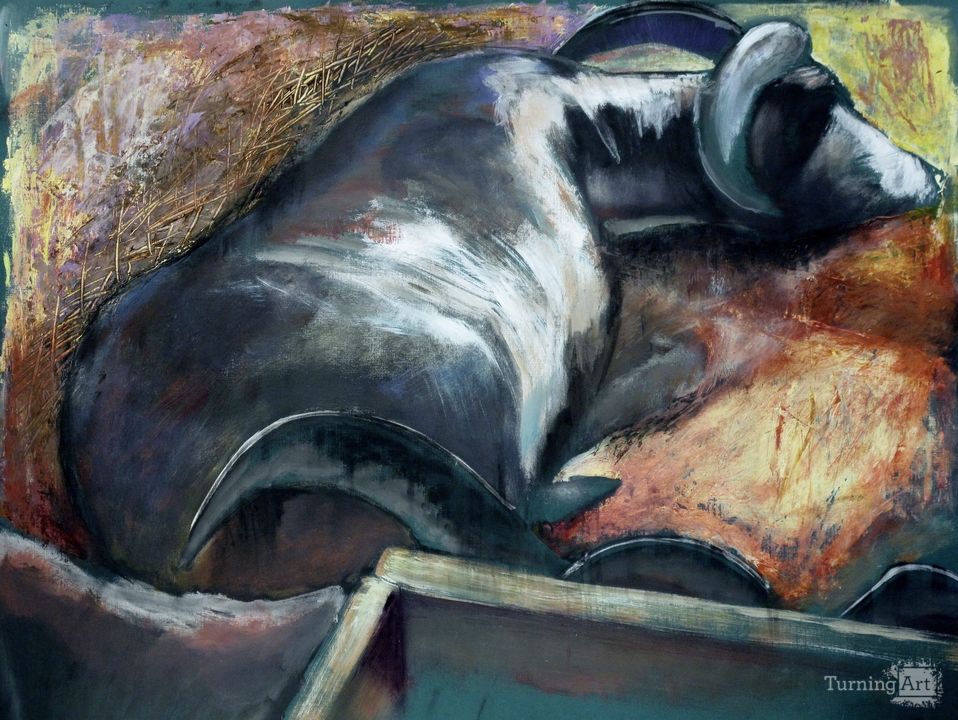 I spent two weeks with 30 sheep in rural Pennsylvania. They were studio mates directly next to me in the barn. I sketched every morning. Then I drew this from memory.