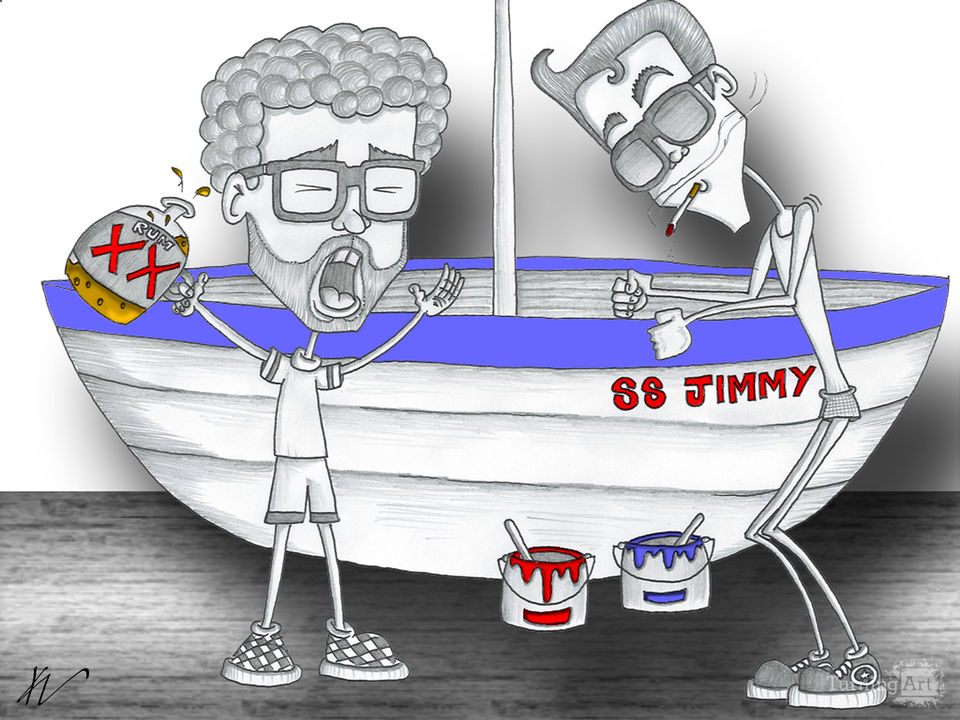 Collins sang a song and Wadhams did a strange shimmy,
and they christened the vessel the SS Jimmy.