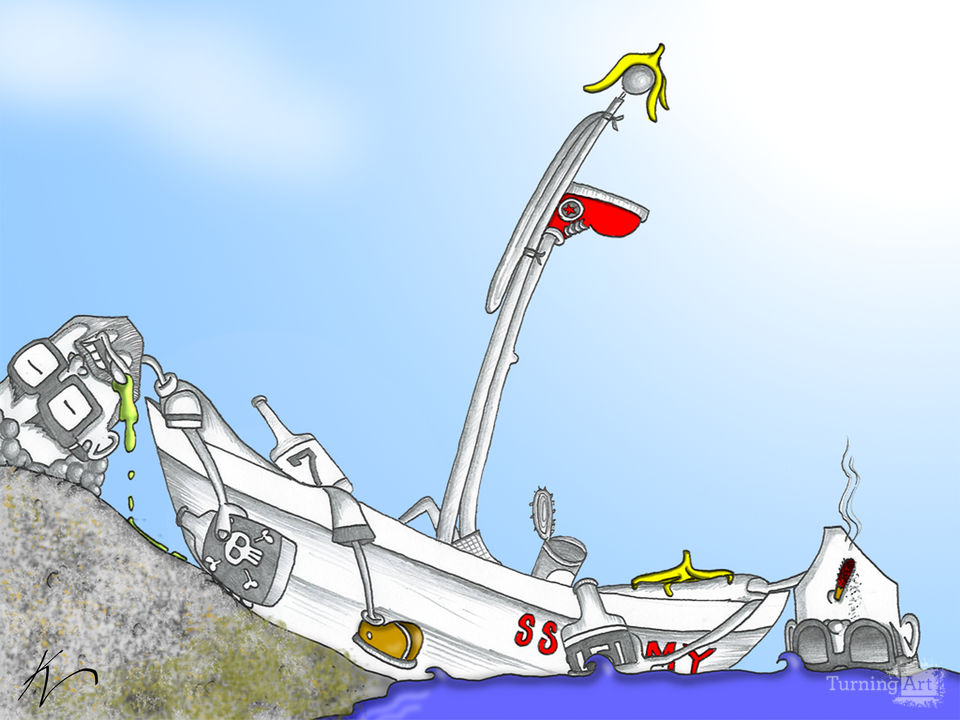 They sailed through the sea for six nights and a day,
and beached up the ship on an island named Kay.