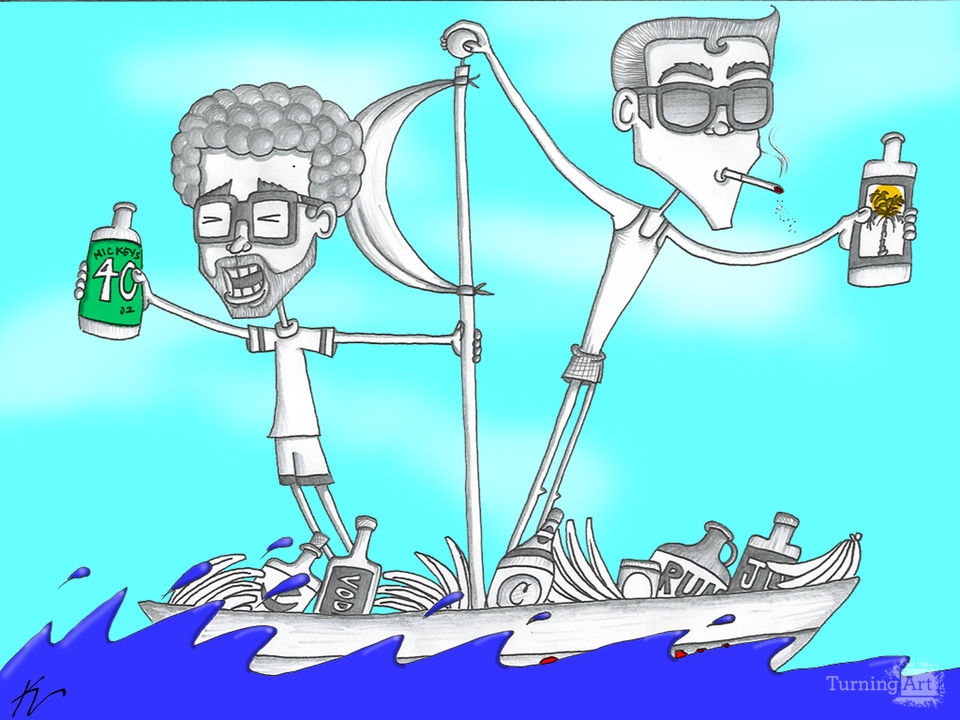 Pointing her nose toward the sun
and filling her sail with the wind,
they pushed on through the breakers
and their adventure begins