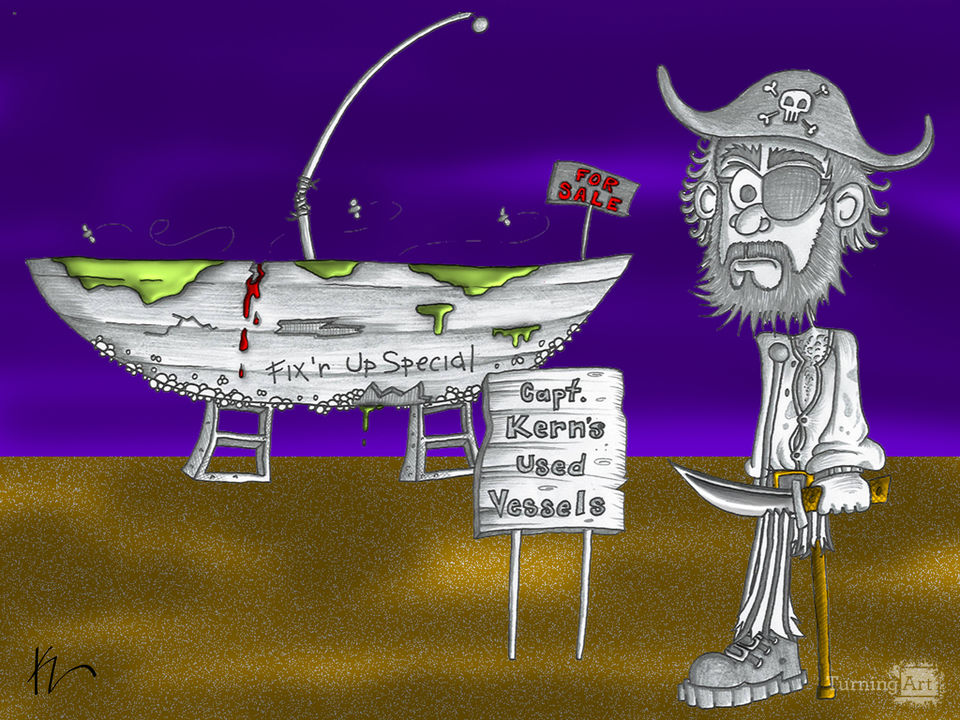 Then they came upon an infested and nasty ass boat,
which was probably rotted through and could't float.