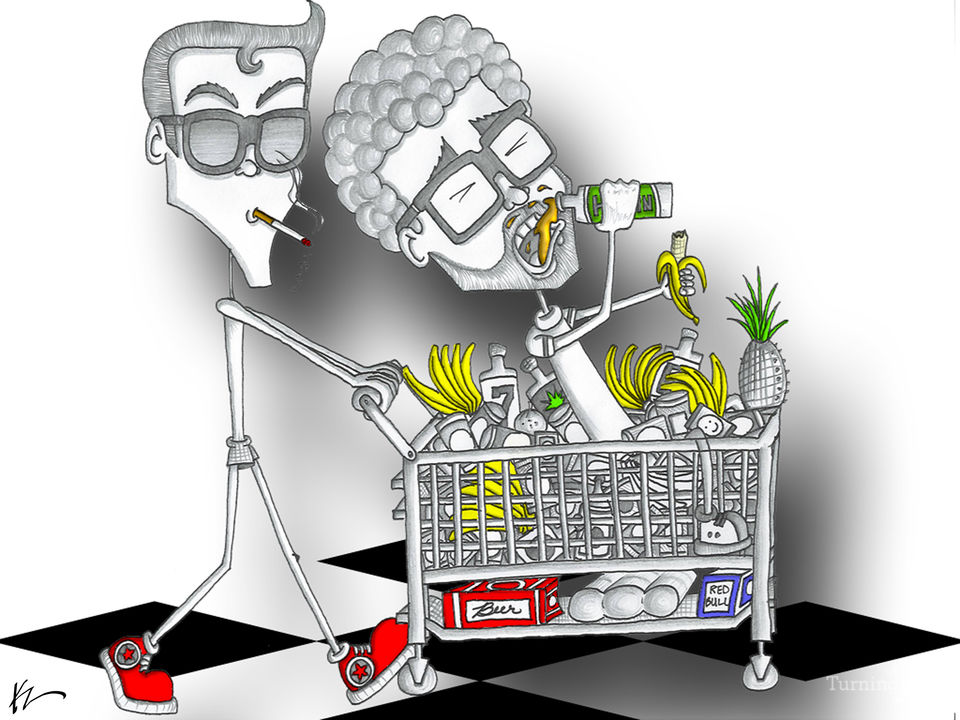 They loaded her hull with bananas and booze,
and emptied all stores of their canned foods.