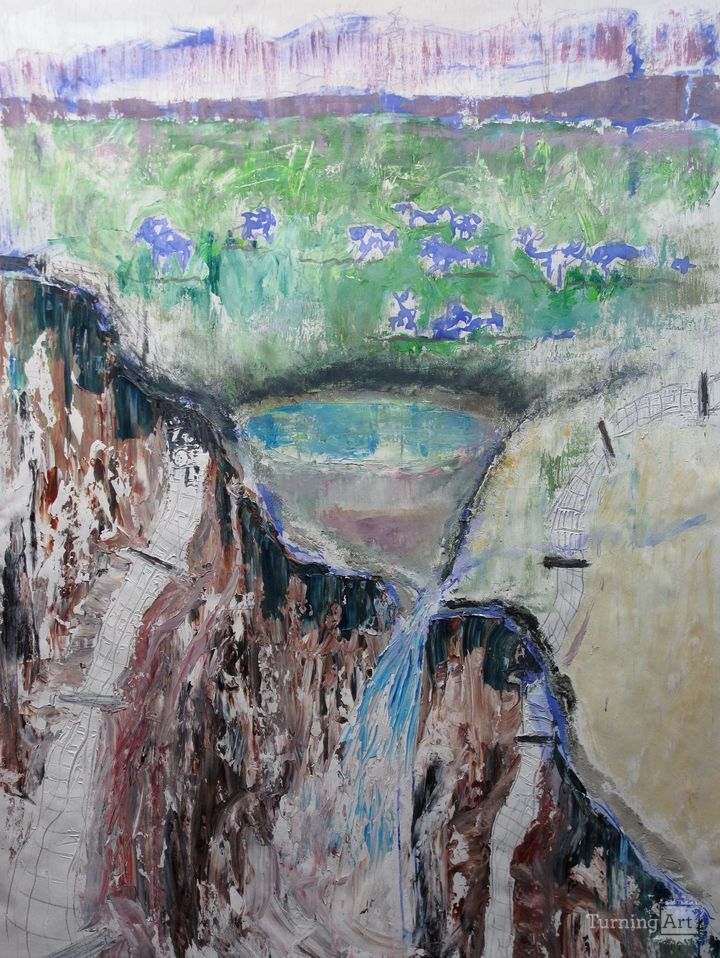 After laying down tons of gravel to support the dirt roadway — the rains swept away the earth, creating huge gashes and ravines.