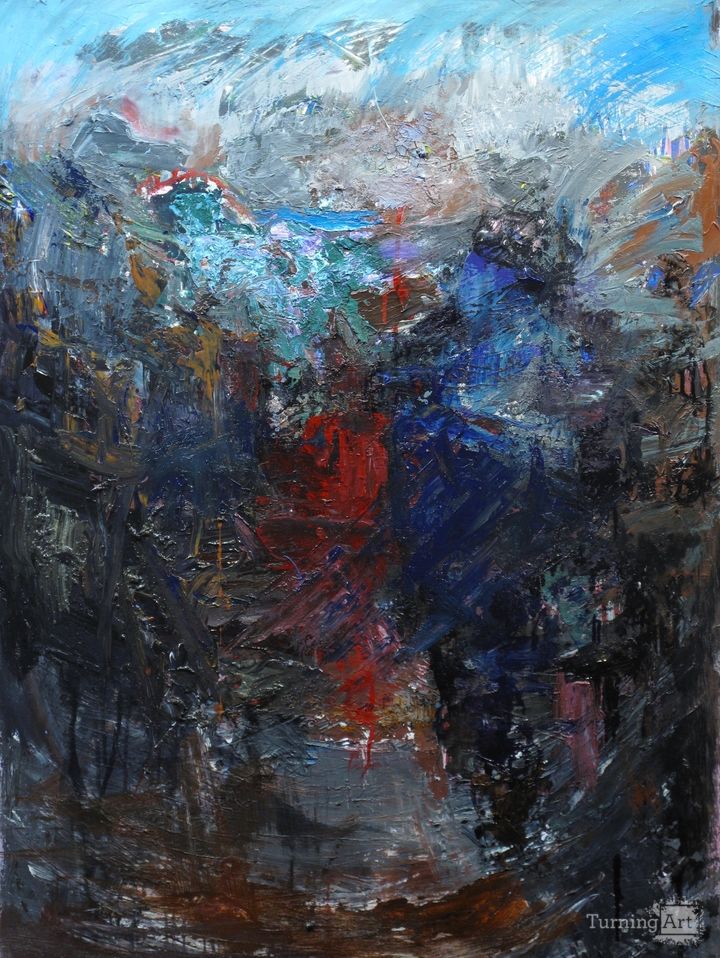 I can't stop sometimes when I'm creating a piece. The paint goes on thick and deliberately, with thoughtful recklessness. Joy!