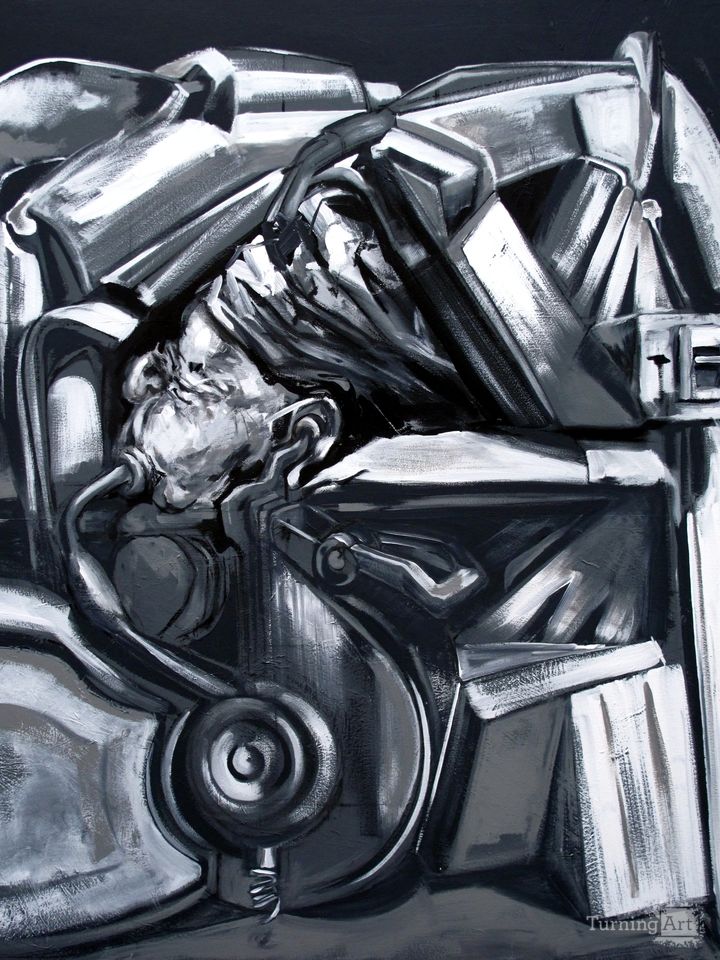 This piece reflects a childhood memory which brought together my love of machines and the respect that one must have for them. Being "trapped" would best describe this one particular experience.