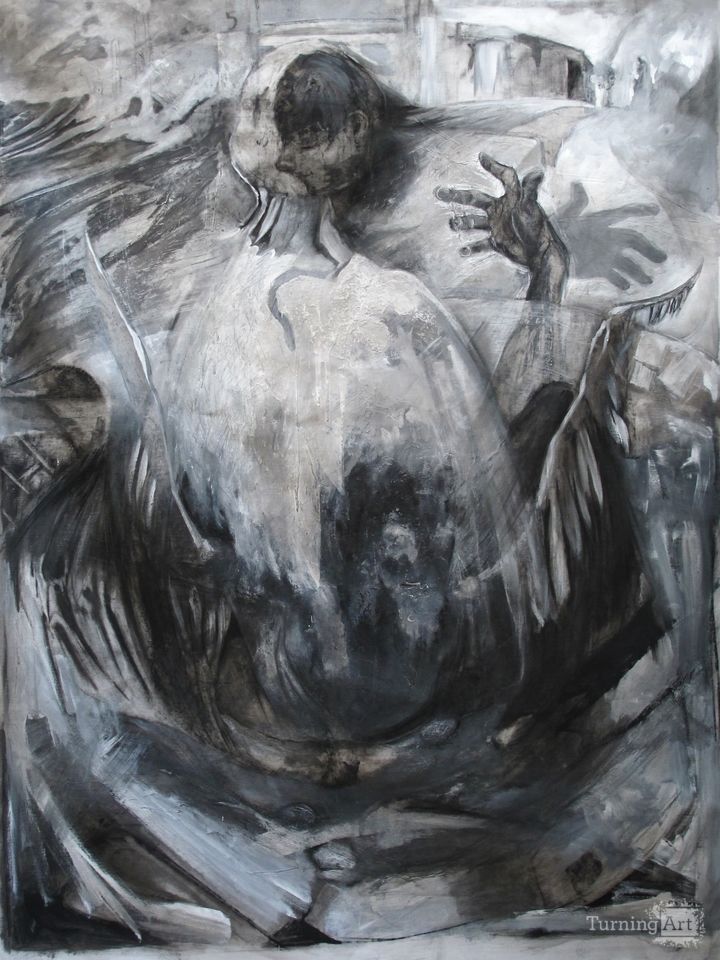 This piece started as a figure that I imagined was sleeping, sitting up, cross legged with a soft pillow suspended in air. The final metamorphasis became the dream.