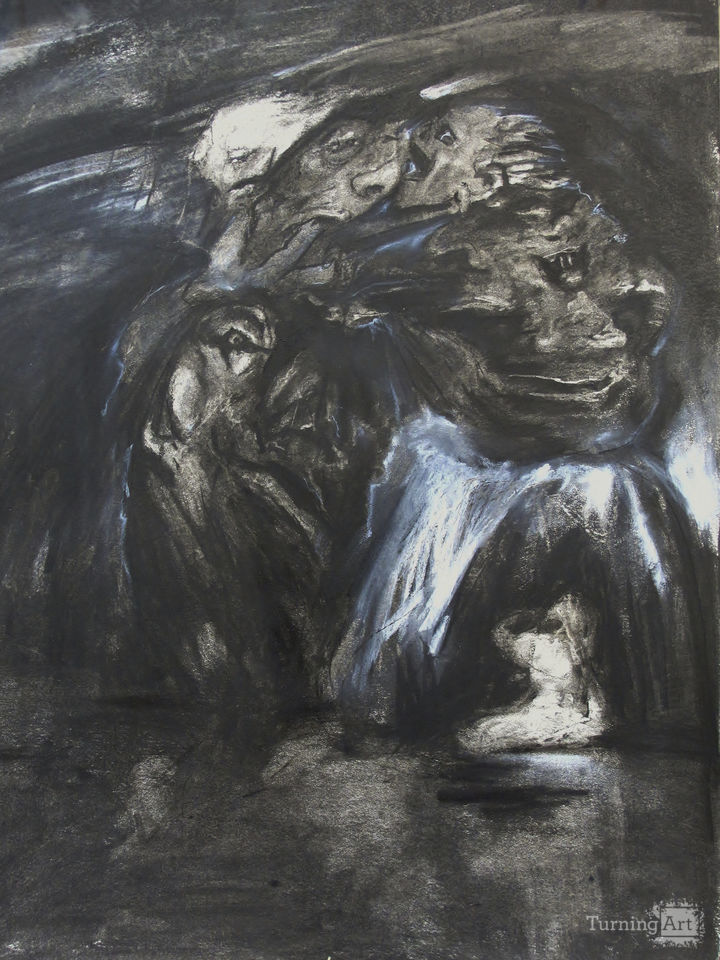 This drawing was developed by a figure-based lino-cut. Modifying a "rubbing", searching for meaning.