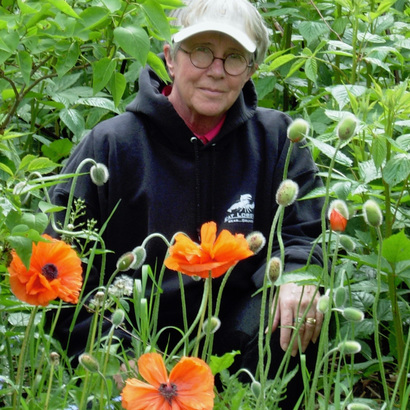 Kathleen A. Fox PhD lives and paints primarily in and around Tenants Harbor and Port Clyde, Maine. Her whimsical style beautifully captures the freedom and quirkiness of Maine.
Fox studied art and journalism at Cornell University and received a PhD in Social Welfare at the Rockefeller College, SUNY Albany, in 1996. A life-long artist, she has won numerous awards for her watercolors, including the Utrecht Award at the New England Watercolor Society Bi-Annual International Show in Plymouth, Massachusetts.
Each year since 2007, Fox has created the Coastal Maine Calendar, which documents working lobster boats, their captains and port-of-call. She has also written and illustrated four award-winning children’s books.
Her paintings were most recently shown at the Archipelago Gallery of the Island Institute in Rockland, the Boothbay Regional Art Foundation in Boothbay Harbor, and the Roux-Cyr Gallery in Portland, Maine.
Fox maintains a studio on Blackberry Hill Road, Tenants Harbor.


Other works by Kathleen Fox