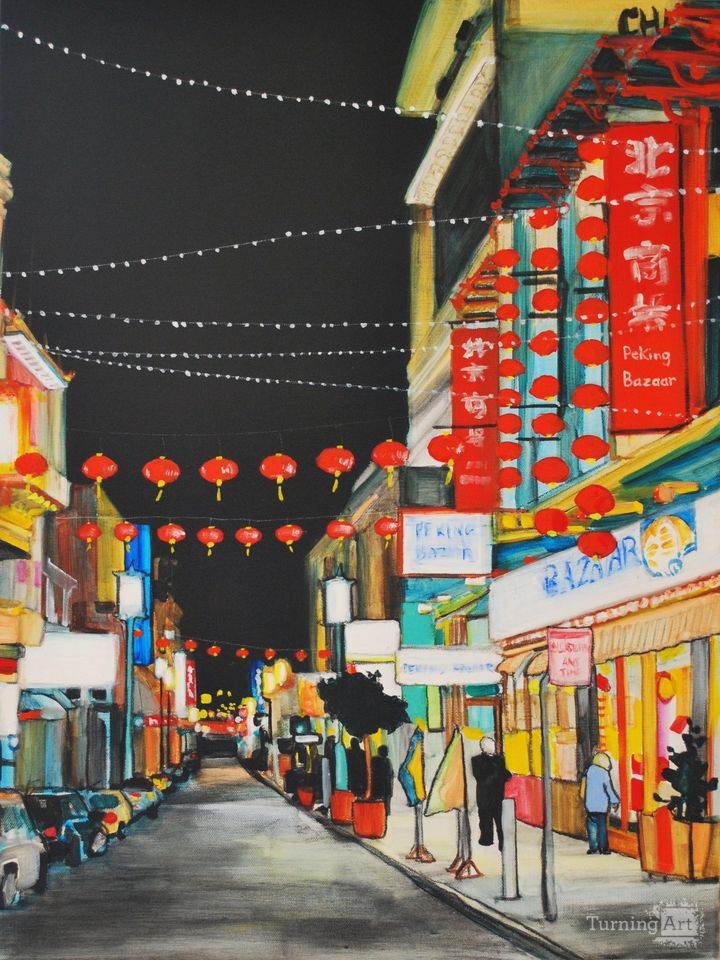 San Francisco's Chinatown is alluring day or night, but at night it's easier to get the photos I need to work from and the sultry lighting I love to portray in my paintings. This scene captures one of the more mellow times in this area, though the bright lights and colorful lanterns welcome visitors at all hours.

Other works by Marianne Bland

Marianne Bland’s art career began in 1998 when she started her own mural painting business at the age of 16. She has since acquired a BFA in Painting & Drawing from the California College of the Arts and has studied abroad in Marseille, France.

Marianne's favorite subject matter is the city. She is intrigued by the urban landscape as a dense concentration of diverse, individual experiences occurring simultaneously in a public space. She often explores the city’s harmony of contradictions in colorful nightscape paintings and her biggest influences are Edward Hopper and Wayne Thiebaud.

In 2011, she was selected as a large heart artist for “Hearts in San Francisco 2012”. Marianne’s paintings have been exhibited throughout Northern California at venues including Stanford University and City Art Gallery. She currently works out of her home studio in Sacramento, California.