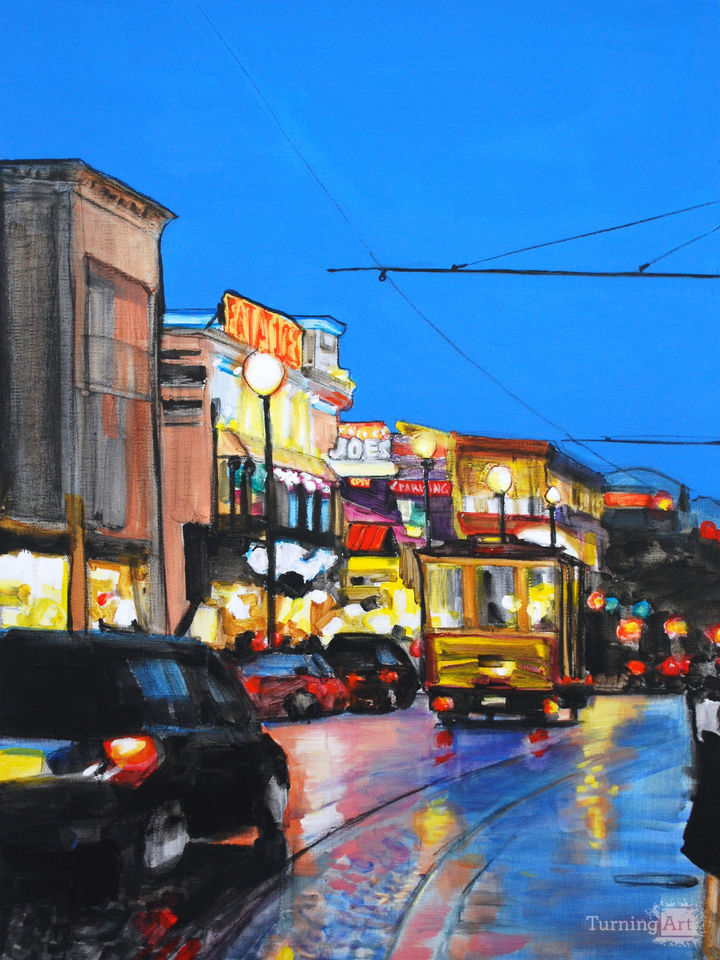 A classic San Francisco scene complete with cable car and neon eatery signs reflected in rain-glazed cobblestone. This painting was executed loosely with emphasis on line and shadow.

Other works by Marianne Bland

Marianne Bland’s art career began in 1998 when she started her own mural painting business at the age of 16. She has since acquired a BFA in Painting & Drawing from the California College of the Arts and has studied abroad in Marseille, France.

Marianne's favorite subject matter is the city. She is intrigued by the urban landscape as a dense concentration of diverse, individual experiences occurring simultaneously in a public space. She often explores the city’s harmony of contradictions in colorful nightscape paintings and her biggest influences are Edward Hopper and Wayne Thiebaud.

In 2011, she was selected as a large heart artist for “Hearts in San Francisco 2012”. Marianne’s paintings have been exhibited throughout Northern California at venues including Stanford University and City Art Gallery. She currently works out of her home studio in Sacramento, California.