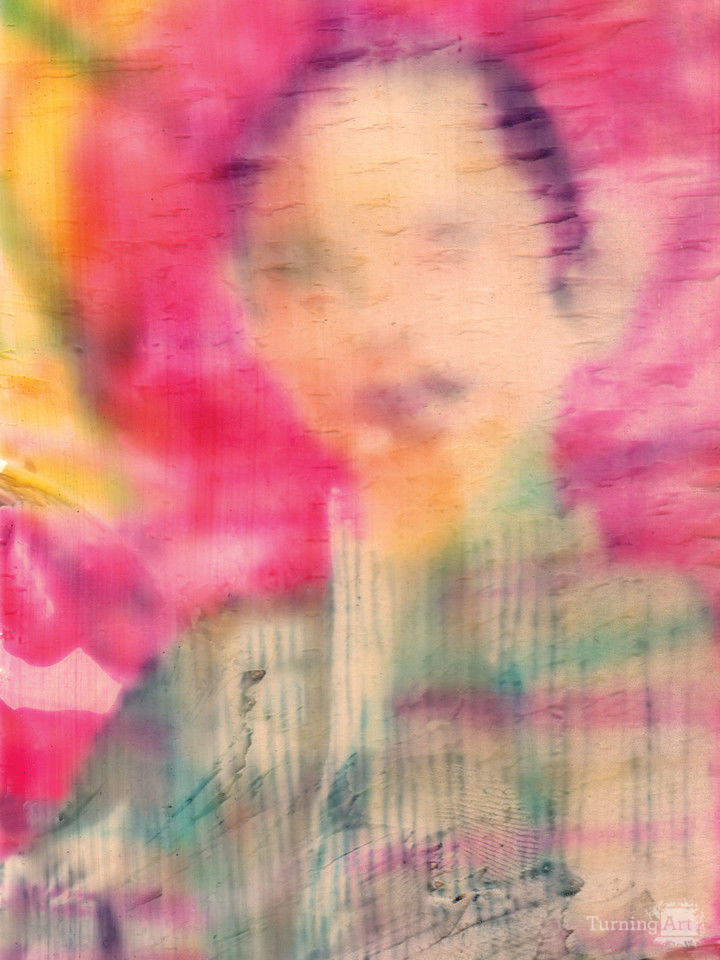 My work is often marked and affected by the season in which it's created. It's always a personal pleasure to look back at groups of work from particular months to wonder about the stylistic shifts and choices that seem specific to weather and time. For example, with a work like "Newer Gentler Rebirth" – which was created in October, 2012 – there remains a residual vividness and pleasant intensity of color that is typically indicative of most of my summer work. The portraiture, though obscured intentionally by a layer of gel medium, is much clearer of composition and posture. Some work from muddier months reflect the weather's effect with confusing proportions and shadowy compositions, lots of grayed out surfaces, etc..

I consider this piece, for most intents and purposes, to be a study that I hope to realize further as the warmer months of 2013 draw closer.

Other works by Andrew Marathas

Originally from southern Massachusetts, Andrew has been painting and drawing since an early age. In 2003, he started classes at Montserrat College of Art in Beverly, MA, following a path of various studio and design classes that would eventually lead him to graduating in May of 2007 with a degree in Illustration. Since then, he has been in various shows in and around the Boston area that include select pieces from both his professional and personal work.

His work, mainly on found pieces of wood – often dilapidated or reclaimed – depicts the world around us through bright colors, sharp metaphor, and a curious kind of humor that often finds itself pleasantly tongue in cheek or altogether mysterious. Often shown with the idea of it all being an ongoing series with intrinsic similarities and shared symbolism, there is to be found in the work an implied narrative running through most of the
work that makes either subtle or severe nods to personal endeavors, world issues, and classic themes.