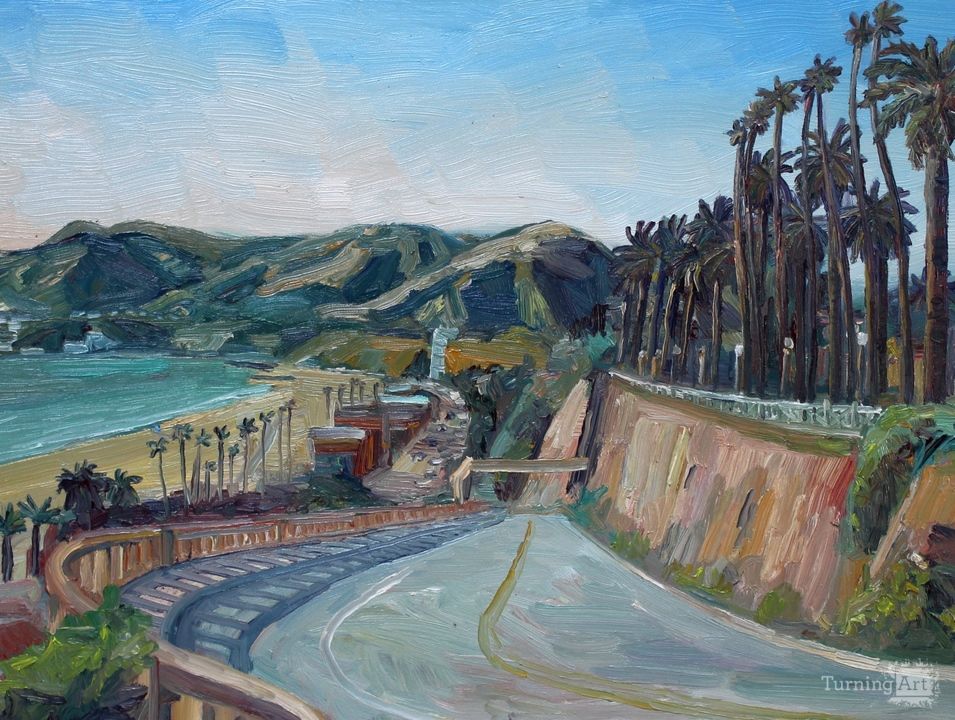 This painting was painted on location (plein air) from the California Incline in Santa Monica, California.