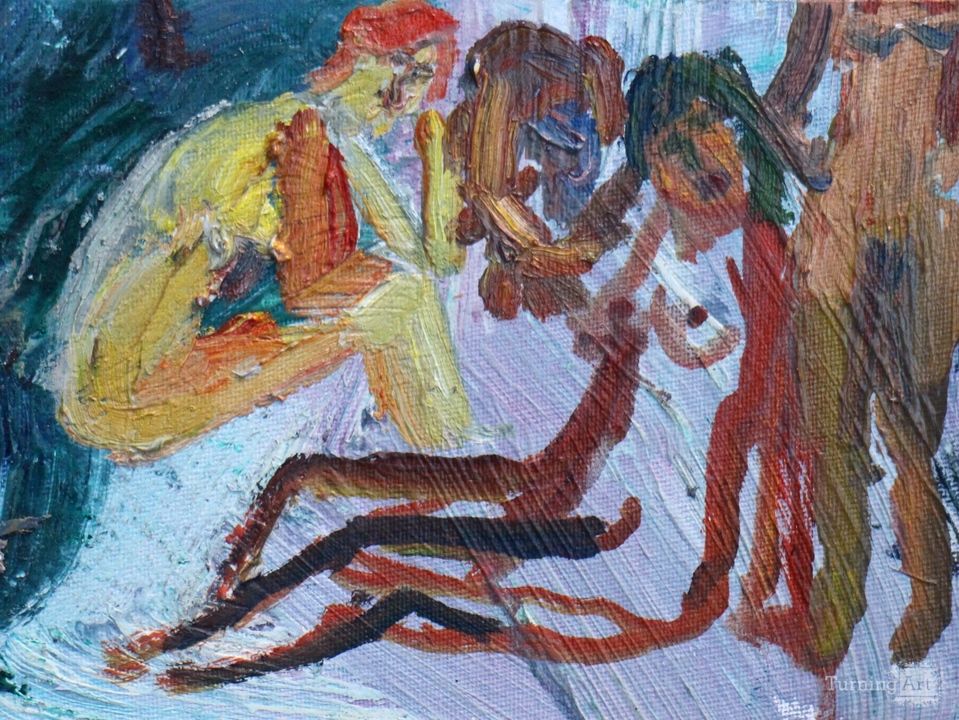 This painting is from a figure model painting session.