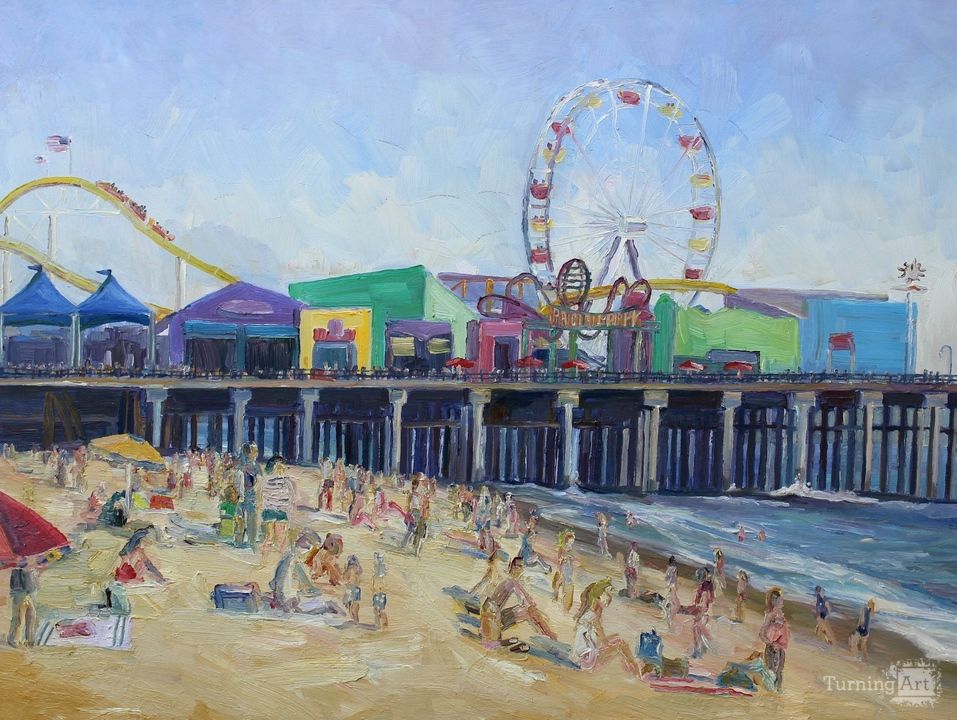 This painting was painted on location in front of the Santa Monica Pier AKA Pacific Park.