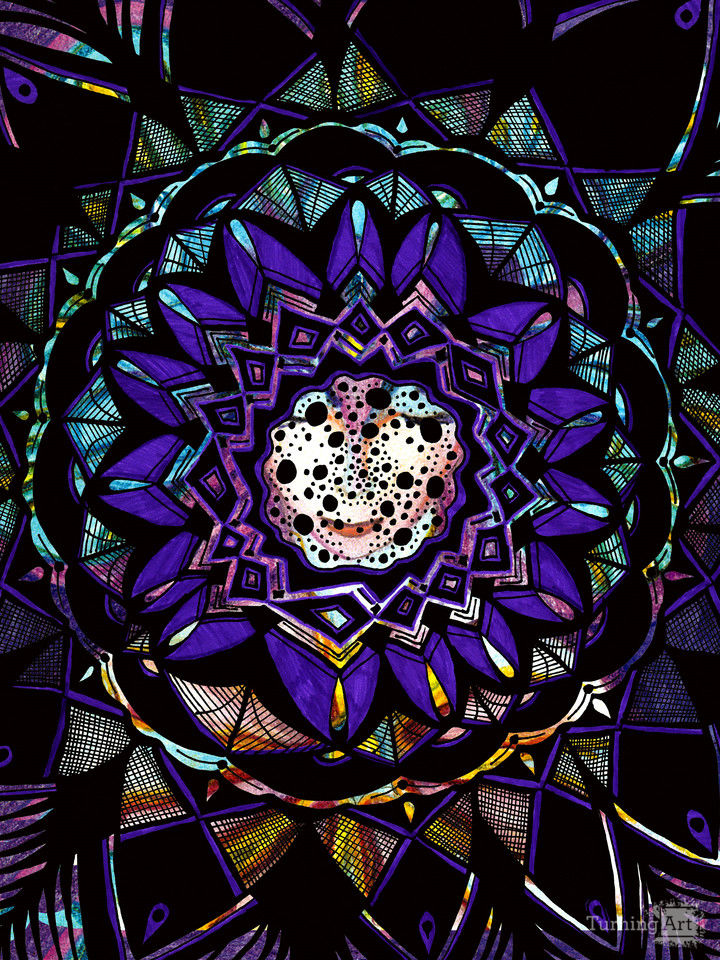 This was a multi media piece I did, a fusion of a sharpie drawing and a colored pencil drawing I did. Overlapped on top of each other a beautiful effect was created, The sharp contrast of the marker and the saturated colors of the pencils makes the Dream Catcher. Hope you notice the woman's face in the middle.