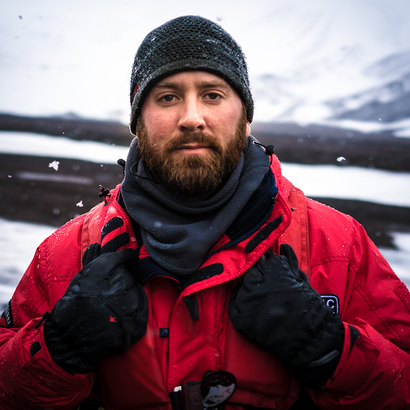 Specializing in polar and outdoor photography, Neill Drake captures the expansive mystique of some of the world's most astounding environs. Employing sharp color and an honest depiction of wildlife, he brings the viewer a sense of closeness to the elements, rendering his landscapes almost palpable.

Drake is an internationally acclaimed photographer whose work has appeared in such publications as New York Daily News and Adobe Magazine, along with being recognized by the National Geographic Community. Splitting his time between Argentina and Southern California, he travels annually to Antarctica and the Southern Ocean leading arctic expeditions and developing hands-on workshops for photographers of all levels.

The rest of the year, Drake can be found with a passport, a camera, and his dog, traveling from place to place in a vintage VW Bus he restored.