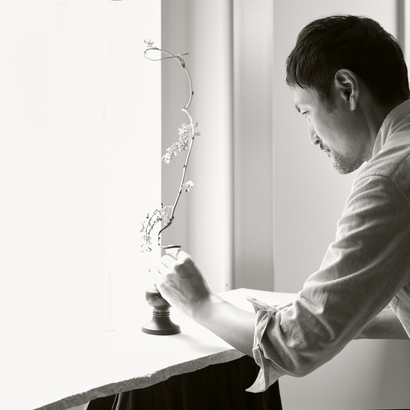 Keiichiro Muramatsu was born in 1972 in Shizuoka, Japan. He attended a Focal Point professional photography course in Vancouver in 2001-2002. After going back to Japan, he established a portrait studio ”The Fourth Avenue Studio” in 2008 in Shizuoka, Japan. He has started to learn “Nageire” (literally, “thrown into”) which is a freer form of flower arrangement, placing innocent wildflowers simply in rough-hewn vessels, from 2013. He also established an atelier for producing his works in 2014.


Other works by Keiichiro Muramatsu