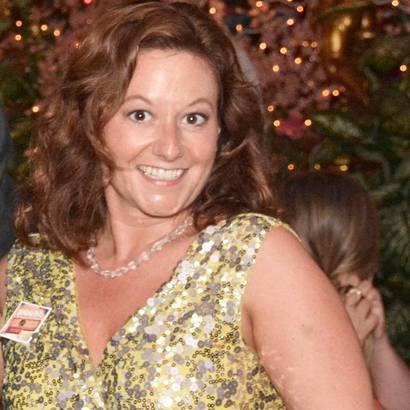 Bethany Britz achieved a BFA in Painting at the Center for Creative Studies in Detroit, Michigan; and an MFA at the Pennsylvania Academy of the Fine Arts in Philadelphia. Early recognition of her work in those cities caused a purchase by the Detroit Institute of Arts Museum, among other collectors and sales through Roger LaPelle Galleries in Philadelphia. In 1998, her studio moved to the bay area of California, which tested and transformed many of the ideas brought from the East. The resulting image style that caused awareness of her work tells the story of a Detroit perspective style with an illustrative bent; a classical approach to the figure taught in Philadelphia; and a simplified description of form, well received in California. The process of working with wood panel surfaces became a way to work aggressively with a reductive/additive process while yielding a resilient, furniture-like result. Britz was represented in Oakland by Esteban Sabar Galleries and was named the 2006 Best Artist of the East Bay, according to the East Bay Express, and has been collected by many private collectors during the span of her career.

Britz's paintings are well constructed, easy to install and move, well composed and painted, and friendly in their engagement. If people form relationships with the art that they see everyday, there is depth in both her skills and concepts for a fix up with Britz to easily last long term.

The new series of paintings about brunch uses spray paint and spray glitter as foundational layers. Britz's process most often begins with a "cartoon" layer, or a preliminary painting on a sticker right on top of the surface, which she progressively cuts away to create the painted image. Because the texture of spray paint disguises the artist's hand, the preliminary painting is made especially lively, so that the spirit of the shapes can survive the reductive phase of the process. After the foundational layers cure, thin layers of dark brown, blue or black are introduced into the glitter texture, deepening the values and clarifying the image. Highlights in white finish the description.

The brunch series exploits this process so as to imitate the classical, Italian Style. Light against dark against light is a simultaneous theme of the series and the cartoon process lends itself to making this effect happen. In this series, glitter has shed its pedestrian fanciness, and is pointed at working two dimensionally to add glow and distribute texture.


Other works by Bethany Britz