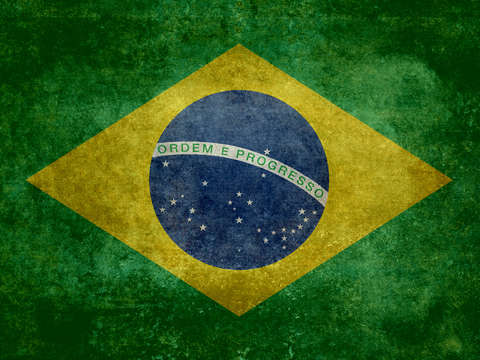 The Federative Republic of Brazil is the largest country in both South America and the Latin American region. Brazil is the world's fifth largest country, both by geographical area and by population. Brazil is the largest Portuguese speaking country in the world, and the only one in the Americas. Bounded by the Atlantic Ocean on the east, Brazil has a coastline of 4,655 miles. Brazil was inhabited by numerous tribal nations prior to the landing of explorer Pedro Álvares Cabral in 1500, who claimed the area for Portugal. A member of the BRIC group, Brazil has one of the world s fastest growing major economies, with its economic reforms giving the country new international recognition and influence. Brazil is a founding member of the United Nations, the G20, CPLP, Latin Union, the Organization of Ibero-American States, the Organization of American States, Mercosul and the Union of South American Nations. Brazil is home to a variety of wildlife, natural environments, and extensive natural resources in a variety of protected habitats. Brazil is a regional power in Latin America and a middle power in international affairs, with some analysts identifying it as an emerging global power. Brazil has been the world's largest producer of coffee for the last 150 years.