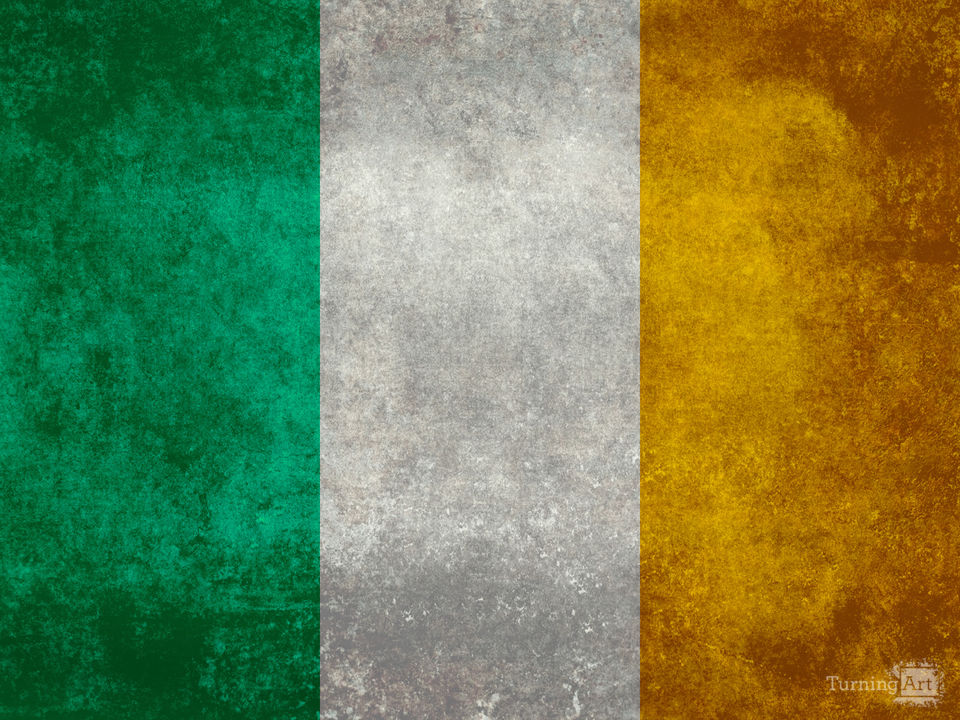 Vintage National flag of the Republic of Ireland

Ireland also known as the Republic of Ireland, is a sovereign state in Europe occupying about five-sixths of the island of Ireland. The capital is Dublin, located in the eastern part of the island. The state shares its only land border with Northern Ireland, one of the constituent countries of the United Kingdom. It is otherwise surrounded by the Atlantic Ocean, with the Celtic Sea to the south, Saint George's Channel to the south east, and the Irish Sea to the east. It is a unitary, parliamentary republic with an elected president serving as head of state. The head of government, the Taoiseach, is nominated by the lower house of parliament, Dáil Éireann. The modern Irish state gained effective independence from the United Kingdom in 1922 following a war of independence, resulting in the Anglo-Irish Treaty, with Northern Ireland exercising an option to remain in the United Kingdom. Initially a dominion within the British Empire (later the Commonwealth of Nations) called the Irish Free State, full legislative independence was granted in 1931 and a new constitution, and the name of Ireland, were adopted in 1937. In 1949 the remaining duties of the King of Ireland were removed and Ireland was declared a republic, with the description Republic of Ireland. The state had no formal relations with Northern Ireland for most of the twentieth century, but since 1999 they have co-operated on a number of policy areas under the North-South Ministerial Council created under the Good Friday Agreement. Ireland today ranks amongst the wealthiest countries in the world in terms of GDP per capita. However, economic protectionism weakened the economy during the early 20th Century and was dismantled in the late 1950s. Ireland joined the European Economic Community in 1973. Economic liberalism from the late 1980s onwards resulted in rapid economic expansion, particularly from 1995 to 2007, which became known as the Celtic Tiger period. An unprecedented financial crisis beginning in 2008 and the global economic crash halted this era of rapid economic growth. In 2011 and 2013, Ireland was ranked the seventh most developed nation in the world by the United Nations' Human Development Index. The country is also highly ranked for press, economic and political freedom. Ireland is a member of the European Union and is a founding member of the Council of Europe and the OECD. It pursues a policy of neutrality through non-alignment and is consequently not a member of NATO, although it does participate in Partnership for Peace.