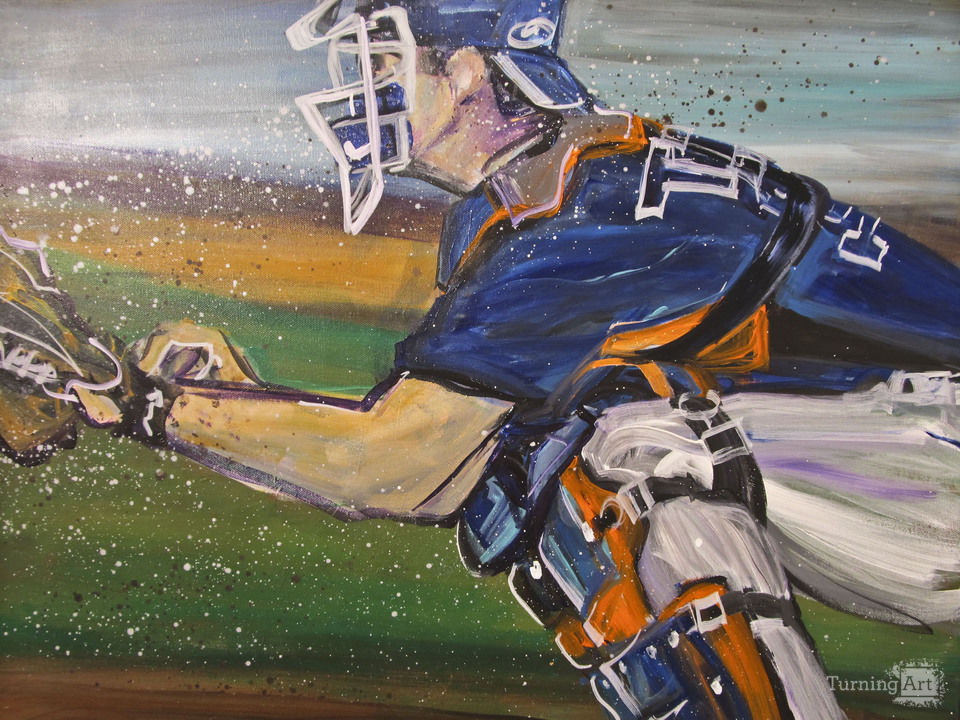 MG Stout is a native of Philadelphia, Pennsylvania. She graduated magna cum laude with a degree in Philosophy from Rosemont College in 1996. In the summer of 2006, she completed the graduate summer studio residency at the Virginia Commonwealth University. That fall she was invited to be a resident studio artist at the Workhouse Arts Center in Lorton Virginia. As a studio artist she invited the public to share her painting process. Stout began to travel to various places in the DC Metro area and sketch on the Washington Post. The series was wildly successful and developed into a book series: Real Life Sketching with Mary Gallagher Stout. Later that year, she co-produced and performed at, Art Out Loud a free live art exhibition, and concert at the Workhouse Arts Center. Her belief in the transformative power of art making fueled many other community centric art exhibitions and installations during her tenure. In 2012, she partnered with likeminded artists and founded Studio 4 in Old Town Alexandria, VA. "We wanted a place where art could be used as a vehicle for social change." By 2013 Studio 4 was named "BEST Gallery" by the Washington Post Express. Stout worked with Wounded Warriors Project and produce "After the Parade" a series of paintings she created in collaboration with veterans. In an effort to raise awareness about those folks suffering with PTSD and the impact it has on their family. In 2018 Stout relocated to Northern California. Stout found a private studio in San Francisco, and exhibited locally but missed being part of an artist collective. She was invited to be a resident studio artist at the Peninsula Museum of Art in Burlingame, CA. Then COVID shut down the world and the museum closed. Stout moved into 1890 Bryant Street Studios, San Francisco and is an active member of the art community. In 2021 Stout relocated Fort Lauderdale, FL, and was invited to be a resident artist at Studio 18 in Pembroke Pines. However, she couldn't give up the community she found in San Francisco so now she's a bi-coastal artist and maintains two studios. Stout creates custom pet portraits for Uncommon Goods Catalog and Website. Her work has been chosen to be a part of various curated collections on Saatchi Art. Stout exhibits annually with The Other Art Fair, Los Angeles edition, produced by Saatchi Art and SuperFine Art Fair in San Francisco. Her career as a fine artist has flourished over the last decade. When not participating in a group show or solo show of her own, she is giving back to the artist community—curating and jurying shows and exhibits for various venues in the DC-metro area. Mary's work is part of many private and government collections including the Securities Exchange Commission and the National Geospatial-Intelligence Agency has acquired a few pieces. Her work has also been included in luxury hotel collections in Detroit. You can also find her work in offices and restaurants throughout the DC Metro Area.