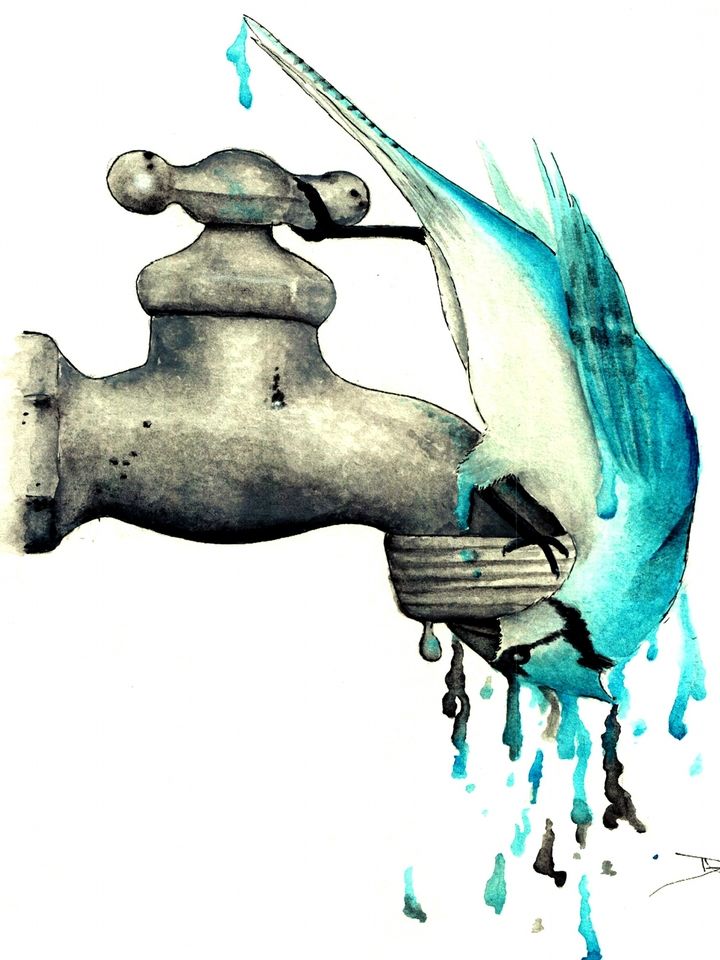 This painting was sadly inspired by an anonymous friend's depression and thoughts of suicide. Like the bird, I could see the thirst for life in his eyes and hear it in the words he spoke, but to him it seemed as if life's faucet had been turned off. He was reaching for any drop that he could touch but the color of life seemed to be pouring out of him faster than he could drink. We are still working through this tough time and I hope that this painting will show him that he means so much to me and that together we will get him through this.

Other works by Daniel Angeles

Daniel Angeles currently resides in Dallas, Texas. Daniel's passion for art began at an early age while growing in the state of Washington. Throughout adolescence, Daniel excelled in drawing which encouraged him to pursue an artistic career. Daniel has created a name for himself in a short period of time; his painting “Follow the Leader,” was a finalist in an "Art.com":http://www.art.com contest and many of his works are featured in several Dallas locations.

As a self-taught Artist, Daniel enjoys creating works that are not limited by rules or stipulations, and considers his work to be liberated in thought and in execution. When it comes to the creative process, Daniel paints only what he knows and personally appreciates. As a result, his work is both whimsical and realistic, depicting the story of his life through his own imagination and visual language.