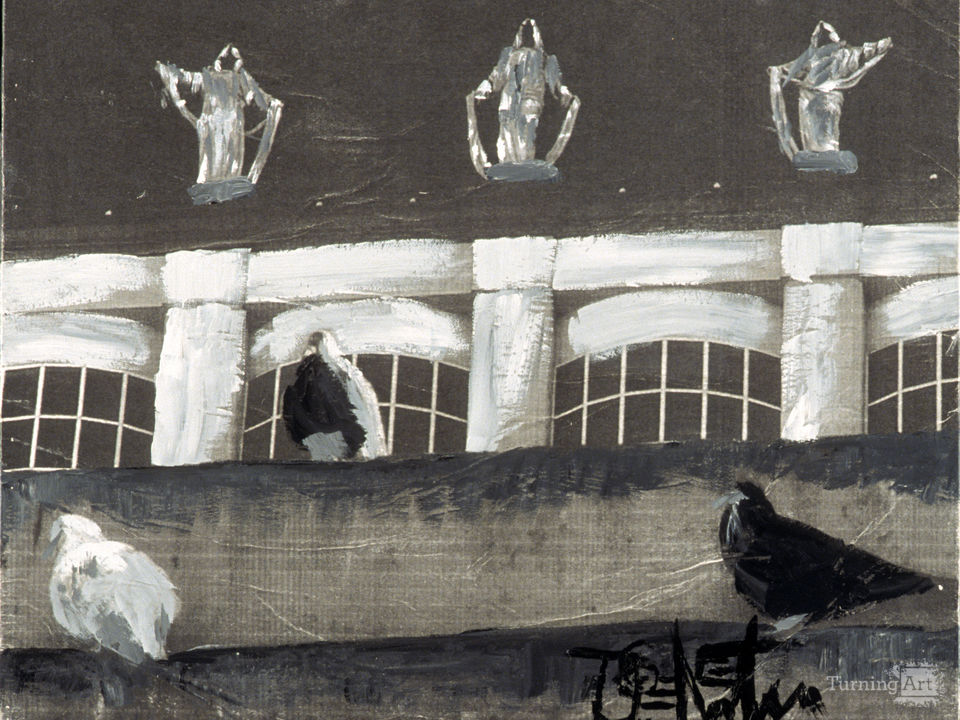 This is one of five pieces on the subject of Pigeons from my Wallpaper Series. If you purchase this work, it will be an original version that I create just for you, so it may not look exactly as this one pictured here.

Other works by Torrey Nommesen

Torrey first knew he wanted to be an artist at the age of ten, and there is a newspaper clipping from 1985 to prove it. Since then, he has been a teacher, an art director, the president of a non-profit arts organization, a curator, as well as a successful artist.

Nommesen considers himself a conceptual artist. He holds a degree in conceptual and information arts from San Francisco State. Conceptual or Postmodern art caused quite a stir when first presented in fine art schools, but as Nommesen began his studies, this issue had long been resolved.

Despite it’s conceptual roots, Nommesen’s work conveys meaning through image, whether it be high or low concept.