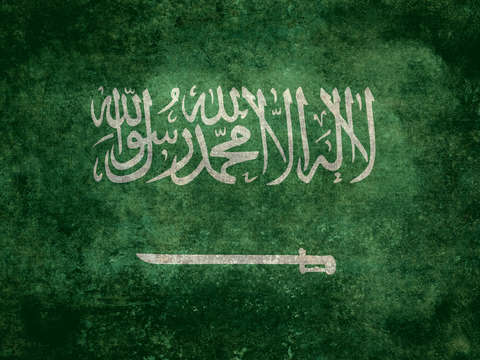 Saudi Arabia, officially known as the Kingdom of Saudi Arabia, is the largest Arab state in Western Asia by land area (approximately 2,150,000 km2 (830,000 sq mi), constituting the bulk of the Arabian Peninsula) and the second-largest in the Arab world (after Algeria). It is bordered by Jordan and Iraq to the north, Kuwait to the northeast, Qatar, Bahrain and the United Arab Emirates to the east, Oman to the southeast, Yemen in the south, the Red Sea to the west and Persian Gulf to the east. Its population is estimated to consist of 16 million citizens and an additional 9 million registered foreign expatriates and 2 million illegal immigrants. The Kingdom of Saudi Arabia was founded by Abdul-Aziz bin Saud (known for most of his career as Ibn Saud) in 1932, although the conquests which eventually led to the creation of the Kingdom began in 1902 when he captured Riyadh, the ancestral home of his family, the House of Saud, referred to in Arabic as Al Saud. The regime has been an absolute monarchy since its inception. It describes itself as being Islamic and is highly influenced by Wahhabism. Saudi Arabia is sometimes called "the Land of the Two Holy Mosques" in reference to Al-Masjid al-Haram (in Mecca), and Al-Masjid al-Nabawi (in Medina), the two holiest places in Islam. Saudi Arabia has the world's 2nd largest oil reserves, which are concentrated largely in the Eastern Province. Oil accounts for more than 95% of exports and 70% of government revenue, although the share of the non-oil economy has been growing recently. This has facilitated the transformation of an underdeveloped desert kingdom into one of the world's wealthiest nations. Vast oil revenues have permitted rapid modernisation, such as the creation of a welfare state. It has also the world's sixth largest natural gas reserves.