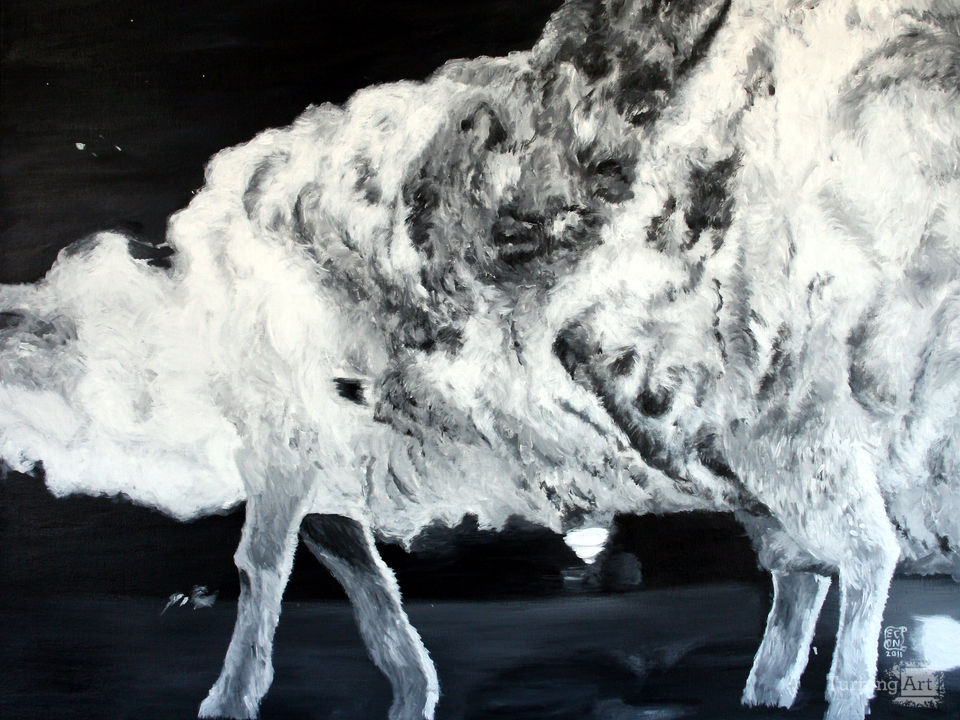 The Lamb of Gods

Paying homage to my black and white 'The Line Wars' series, I withdraw color from my new paintings to focus on the starkness of the 'battle' being waged, resulting in images from World War II that collide with scenes from my-so-called-life. I'd like to think of these new works as possible scenes from an unreleased war film by John Ford, with interventions by Max Ernst.

The original work is a 36"x28" acrylic painting done on canvas.

Other works by Ernest Concepcion

Ernest Concepcion was born in Manila, Philippines—where he received his B.F.A.—and moved to the United States in 2002.

It was in the lonely town of Englewood, New Jersey, where he began “The Line Wars,” a series of black and white drawings depicting opposing forces engaged in ridiculous battle based on the entertainments of childhood and adolescence. He then moved to Brooklyn and participated in a number of art residencies.

After extensive studio time and experimentation, he broke away from a formulaic style of drawing and began exploring different approaches to conflict. This exploration resulted in an entirely new series of works that includes paintings, sculptures and installations. Now with a significant body of work, Concepcion exhibits widely both here and abroad.