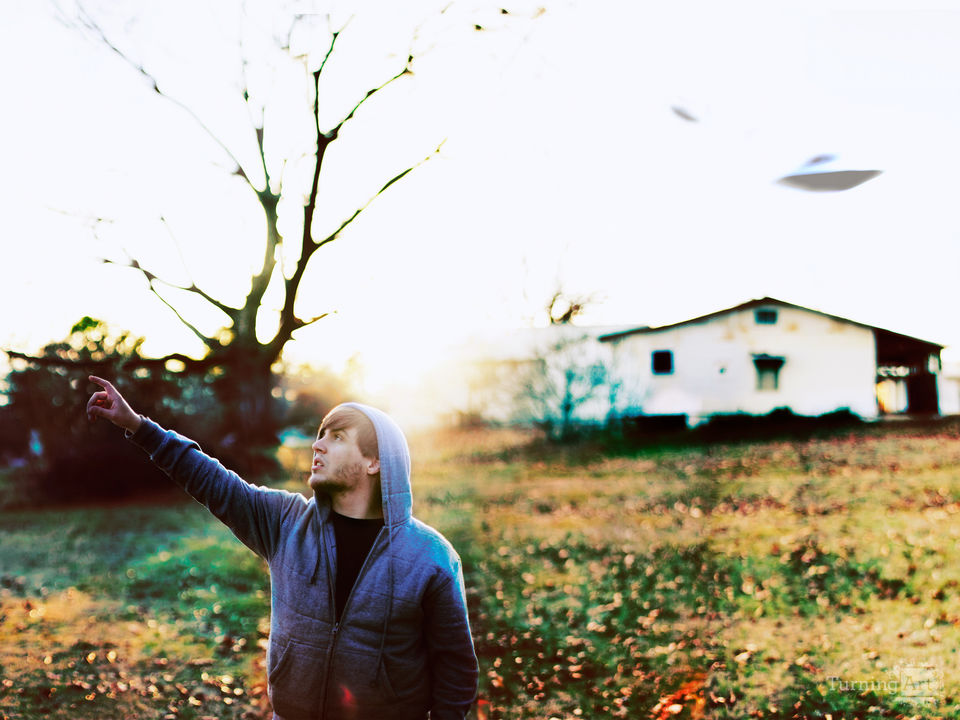 the fibers of the wall used to vibrate as he slept. pulsating between wood and cement, the pipes would shake and shake from forces that lingered just above the clouds and below that grey air of space.

he never woke up, but all throughout life, he suffered from an inexplicable fear of earthquakes.

and then one winter day, a zipping sound leaked from between clouds in the sky, and he rushed from his home to look upwards, and there he saw them. this was the first encounter.

The First Encounter:
A sighting of one or more unidentified flying objects:
- Flying saucers
- Odd lights
- Aerial objects that are not attributable to known human technology

Other works by Casey David

Casey David is a self-taught photographer from Birmingham, Alabama, though he has recently relocated to Minneapolis, Minnesota. He finds magic in the surreal and creates images of magical realism by bringing every day inanimate objects to life. With the worlds he creates, he hopes to spark hope in others that magic still exists in this one.

His fine art photography has been featured in various magazines, online and off, including The Huffington Post, Italian Vogue, and the BBC.