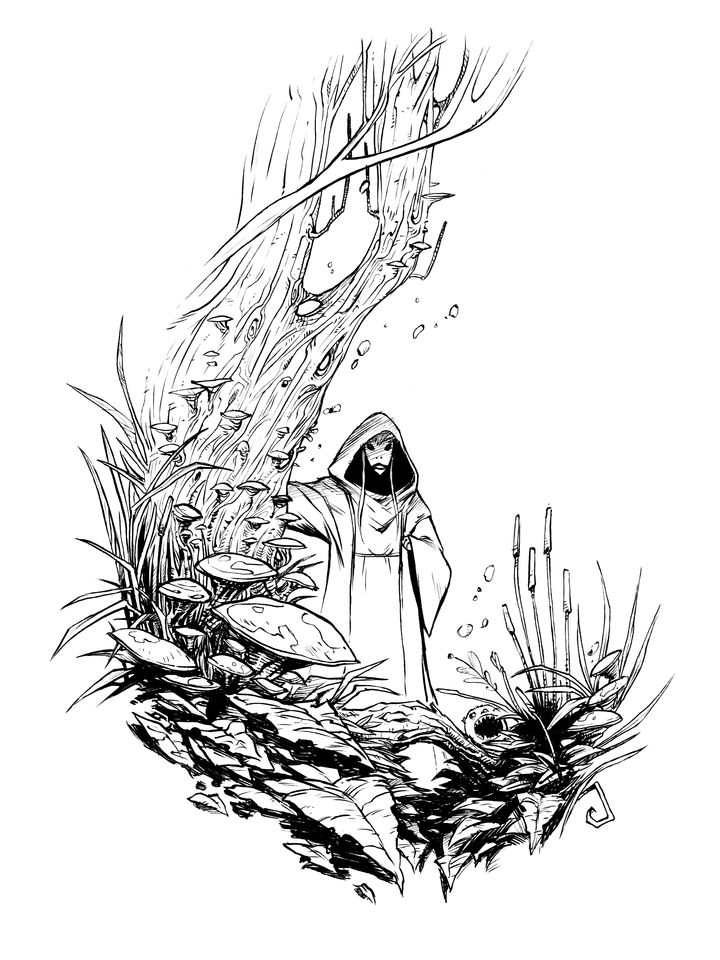 A simple quite piece depicting one of my favorite worlds in cinematic history, Thra from the film The Dark Crystal by Jim Henson and Frank Oz.

Other works by Jeff Stokely

Jeff Stokely loves to draw comics and eat pizza, and sometimes he likes to draw pizza. But he never eats comics. Ever.
He has had numerous publications such as…

-He has also worked with MATTEL doing character and creature design for various franchises that are currently in development.

-At the moment he is working on a graphic novel called THE TRUTH ABOUT DRAGONS for Archaia with writer/creator Chris Northop, which will have a 2013 release.