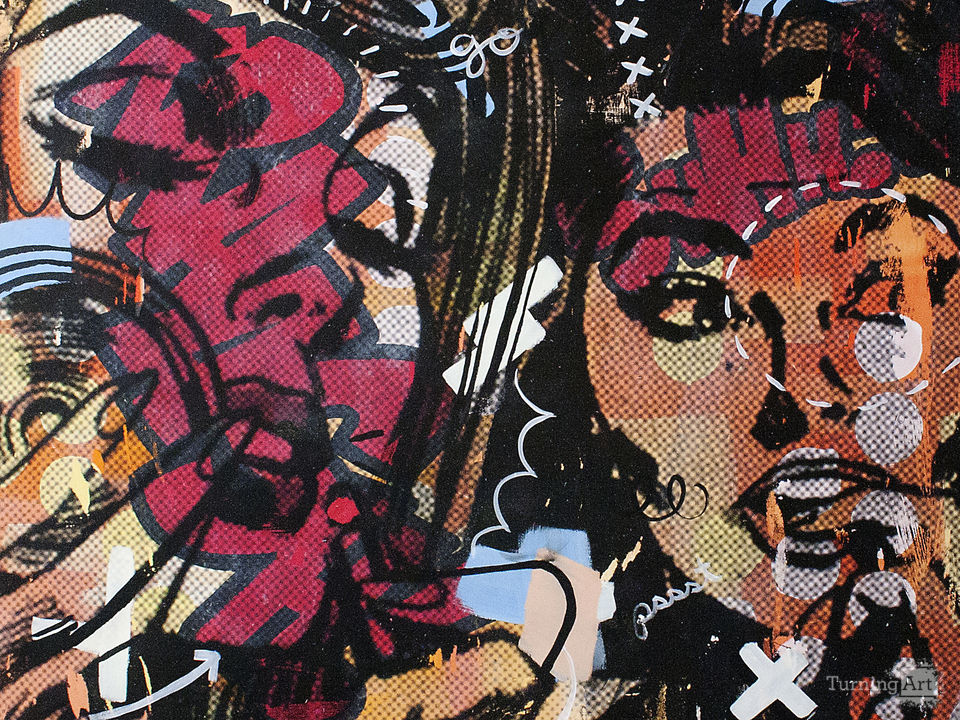 Other works by Dan Monteavaro

In Dan Monteavaro’s recent works, he investigates the current digital age where most images are viewed with a digital source and pixels are an expected piece of the visual experience. He combines mass media and comic book imagery from the 1960’s while playing with the familiarity and visual comfort of pixel-based images.

Originally born and raised in New York City, Dan Monteavaro has lived and worked in London, Italy, Korea and now currently in Los Angeles. Through all of these transitions he has continued to be influenced by modern media and the urban artwork surrounding it. Dan's work is represented in private collections across the world and has exhibited in various galleries in New York, Los Angeles, Boston, Miami and South Korea.