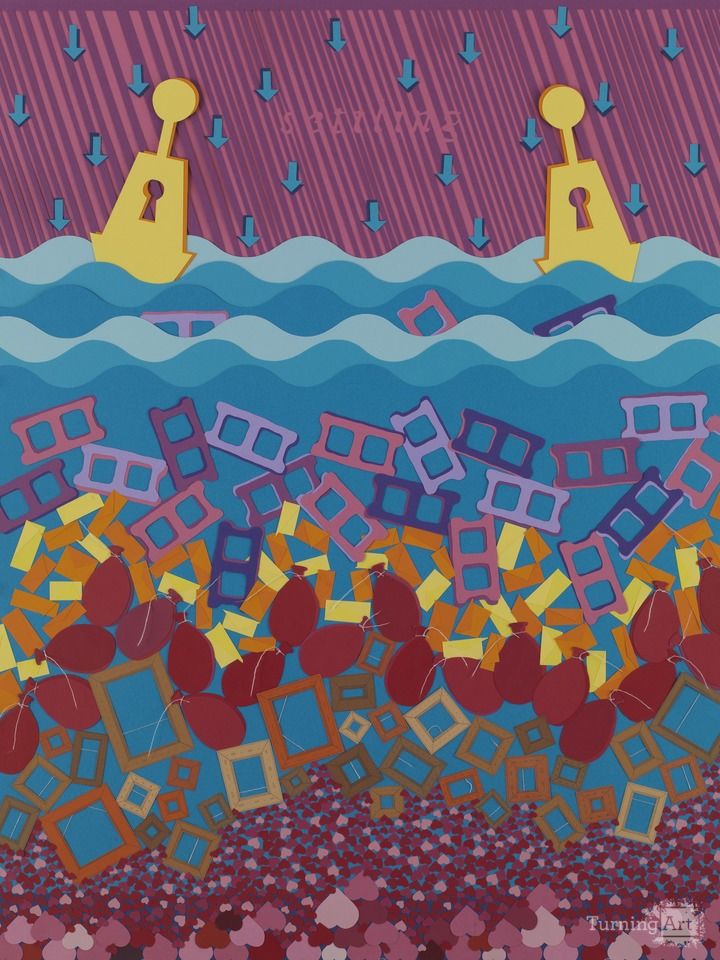 There are quite a few symbols I have been using repeatedly for the last few years. Among them: cinder blocks, letters (envelopes), balloons, picture frames, and hearts. I don’t like to define too much what these objects mean to me, because in many cases people can figure that out for themselves. While they may have a specific personal meaning, that information is not readily available to the viewer. However, the viewer reacts to these objects and what they convey to him or her, and the manner in which they are composed provide further reactions to what those symbols might mean.

Other works by Nathan Vernau

Being heavily influenced by comic books and the stories he read as a child, the idea of sequence and narrative has become essential to Nathan's drawings. By animating body language, using symbols, and adding text he creates a visual conversation with the viewer. The words, phrases, or lyrics that appear offer multiple interpretations and double meanings that signify an inability to effectively communicate with others.