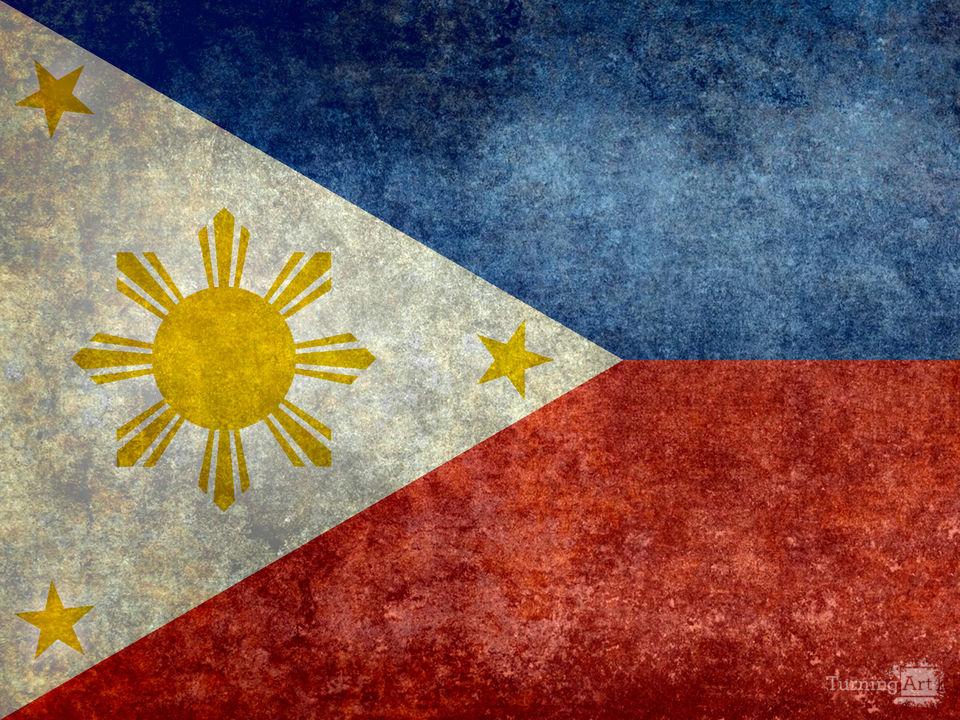 50% of commission WILL go to help with relief from devastating Typhoon Haiyan.The Philippines, officially known as the Republic of the Philippines, is a sovereign island country in Southeast Asia situated in the western Pacific Ocean. To its north across the Luzon Strait lies Taiwan; west across the South China Sea sits Vietnam; southwest is the island of Borneo across the Sulu Sea, and to the south the Celebes Sea separates it from other islands of Indonesia; while to the east it is bounded by the Philippine Sea. Its location on the Pacific Ring of Fire and close to the equator make the Philippines prone to earthquakes and typhoons, but also endows it with abundant natural resources and some of the world's greatest biodiversity. At 300,000 square kilometers (115,831 sq mi), the Philippines is the 73rd-largest country in the world, consisting of an archipelago of 7,107 islands that are categorized broadly under three main geographical divisions: Luzon, Visayas, and Mindanao. Its capital city is Manila while its most populous city is Quezon City.With a population of more than 98 million people, the Philippines is the seventh-most populated country in Asia and the 12th most populated country in the world. An additional 12 million Filipinos live overseas, comprising one of the world's largest and most influential diasporas. Multiple ethnicities and cultures are found throughout the islands. In prehistoric times, Negritos were some of the archipelago's earliest inhabitants. They were followed by successive waves of Austronesian peoples who brought with them influences from Malay, Hindu, and Islamic societies. Various nations were established under the rule of Datus, Rajahs, Sultans or Lakans. Trade with China also introduced Chinese culture and settlement, which remain present to this day.The arrival of Ferdinand Magellan in 1521 marked the beginning of an era of Spanish interest and eventual colonization. In 1543, Spanish explorer Ruy López de Villalobos named the archipelago Las Islas Filipinas in honor of Philip II of Spain. The Spanish Empire began to settle with the arrival of Miguel López de Legazpi from New Spain (present day-Mexico) in 1565 who established the first Spanish settlement in the archipelago, which remained a Spanish colony for more than 300 years. During this time, Manila became the Asian hub of the Manila–Acapulco galleon fleet.As the 19th century gave way to the 20th, there followed in quick succession the Philippine Revolution, which spawned the short-lived First Philippine Republic; the Spanish–American War; and the Philippine–American War. In the aftermath, the United States emerged as the dominant power; aside from the period of Japanese occupation, the United States retained sovereignty over the islands. After World War II, the Treaty of Manila established the Philippine Republic as an independent nation. Since then, the Philippines has had an often tumultuous experience with democracy, with popular "people power" movements overthrowing a dictatorship in one instance, but also underlining the institutional weaknesses of its constitutional republic in others. The Philippines currently has one of Asia's fastest growing economies, and the nation's large population size and economic potential have led it to be classified as a middle power.