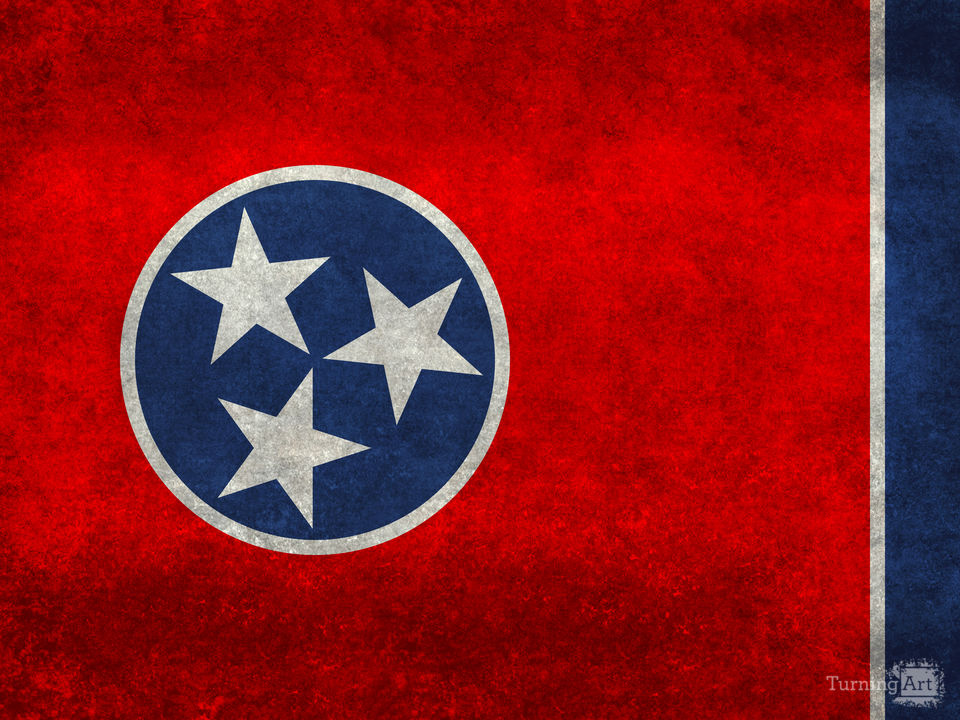 Tennessee is a state located in the Southeastern United States. Tennessee is the 36th largest and the 17th most populous of the 50 United States. Tennessee is bordered by Kentucky and Virginia to the north, North Carolina to the east, Georgia, Alabama, and Mississippi to the south, and Arkansas and Missouri to the west. The Appalachian Mountains dominate the eastern part of the state, and the Mississippi River forms the state's western border. Tennessee's capital and second largest city is Nashville, which has a population of 601,222. Memphis is the state's largest city, with a population of 653,450.
The state of Tennessee is rooted in the Watauga Association, a 1772 frontier pact generally regarded as the first constitutional government west of the Appalachians. What is now Tennessee was initially part of North Carolina, and later part of the Southwest Territory. Tennessee was admitted to the Union as the 16th state on June 1, 1796. Tennessee was the last state to leave the Union and join the Confederacy at the outbreak of the U.S. Civil War in 1861. Occupied by Union forces from 1862, it was the first state to be readmitted to the Union at the end of the war.
Tennessee has played a critical role in the development of many forms of American popular music, including rock and roll, blues, country, and rockabilly. Beale Street in Memphis is considered by many to be the birthplace of the blues, with musicians such as W.C. Handy performing in its clubs as early as 1909. Memphis is also home to Sun Records, where musicians such as Elvis Presley, Johnny Cash, Carl Perkins, Jerry Lee Lewis.