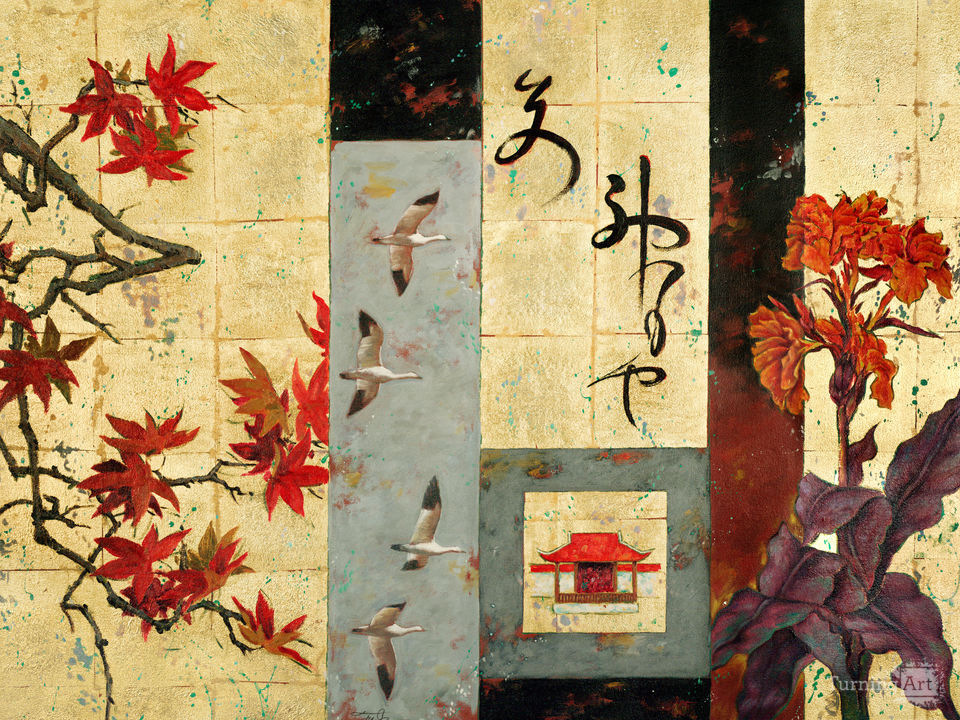 The power of what is not painted holds dynamic curves, asymmetry and empty
space as I design multiple perspectives for the viewer. The paintings orchestrate
depictions of landscape, nature, classical architecture and Asian decorative art with
an economy of means. The final result is both an immediate and personal experience
of my world that requires the viewer to contemplate what I have learned.

Other works by John Fu

John Fu's paintings are a contemporary synthesis of art and cultural histories. John combines techniques and ideas of Western and Eastern masters in art and philosophy to convey peacefulness, tranquility, and elegance. His style can be described as montage; the arrangement, grouping and manipulation of image with emotional implications. This montage is his imagination of space filled with expressive line and richness of color.

Educated in both the US and China, Fu has held teaching positions and lectured in both countries. He also has been featured in various exhibitions in Illinois as well as across the United States.