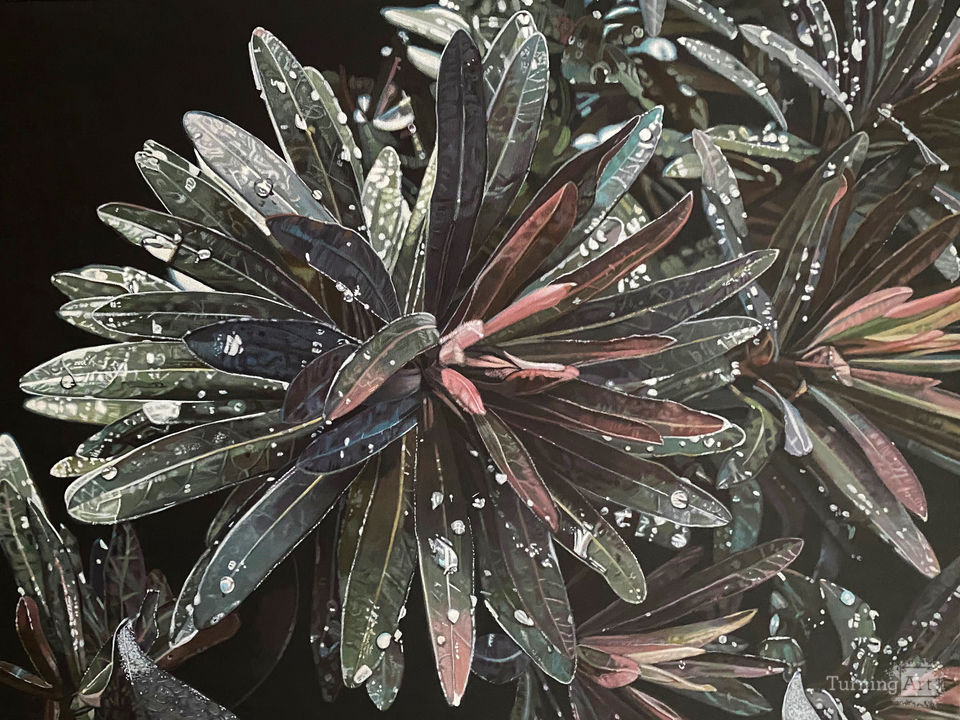 This painting is part of a suite of paintings I started in 2020 called the Montauk Avenue Suite. I worked on this series all through quarantine. The paintings in this series are meditations on the outdoors at night— an attempt to capture the other-worldly atmosphere of close-ups of nature in the darkness. Many of the source photographs were taken with a 1950s-era Yashica C medium format camera, and all use a muted color scheme of greens, blues and pinks.

Other works by Lj Lindhurst

LJ Lindhurst is a self-taught realist painter who was born in Antonia, Missouri, and currently lives in Brooklyn, New York. LJ has had several recent solo exhibitions at places including Mad Art in St. Louis and Gawker HQ in New York City. She has also been a part of many group exhibitions, such as WNYC's Dialogue of Art (NYC), the Fort Wayne Museum of Art (Fort Wayne, Indiana), General Electric Headquarters (Stamford, Connecticut), the Pelham Arts Center (Pelham, New York), and the Butler Institute of American Art (Youngstown, OH).

LJ was also featured on the cover of Overflow magazine’s Spring 2012 issue and was the Artist's Spotlight in the May 2012 issue of Professional Artist Magazine.