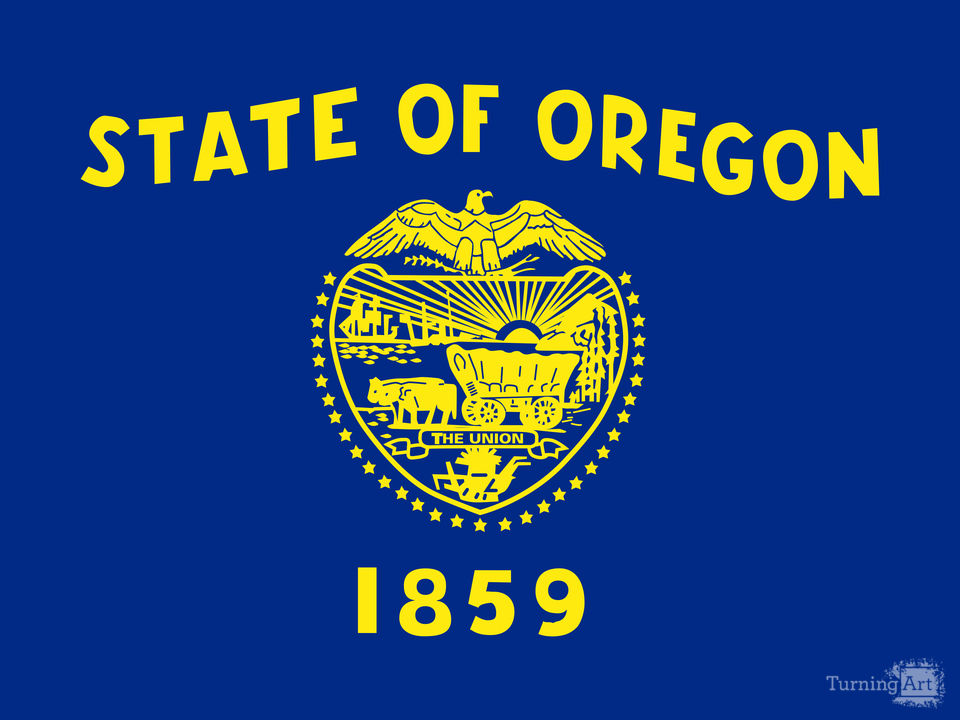 Oregon is a state in the Pacific Northwest of the United States. Oregon is bordered on the west by the Pacific Ocean, on the north by Washington, on the south by California, on the east by Idaho, and on the southeast by Nevada. The Columbia River delineates much of Oregon's northern boundary, and the Snake River delineates much of the eastern boundary. It is one of only three states of the contiguous United States to have a coastline on the Pacific Ocean.
Oregon was inhabited by many indigenous tribes before Western traders, explorers, and settlers arrived. An autonomous government was formed in the Oregon Country in 1843, the Oregon Territory was created in 1848, and Oregon became the 33rd state on February 14, 1859. Today, Oregon is the ninth largest and 27th most populous U.S. state. The capital of Oregon is Salem, the second most populous of its cities, with 160,614 residents (2013 estimate). With 609,456 residents (2013 estimate), Portland is the largest city in Oregon and ranks 29th in the U.S. Its metro population of 2,314,554 (2013 estimate) is 24th. The Willamette Valley in western Oregon is the state's most densely populated area, home to eight of the ten most populous cities.
Oregon's landscape is diverse, with a windswept Pacific coastline; a volcano-studded Cascade Range; abundant bodies of water in and west of the Cascades; dense evergreen,mixed, and deciduous forests at lower elevations; and a high desert sprawling across much of its east all the way to the Great Basin. The tall conifers, mainly Douglas fir, along Oregon's rainy west coast contrast with the lighter-timbered and fire-prone pine and juniper forests covering portions to the east. Abundant alders in the west fix nitrogen for the conifers. Stretching east from central Oregon are semi-arid shrublands, prairies, deserts, steppes, and meadows. At 11,249 feet (3,429 m), Mount Hood is the state's highest point, and Crater Lake National Park is Oregon's only national park.