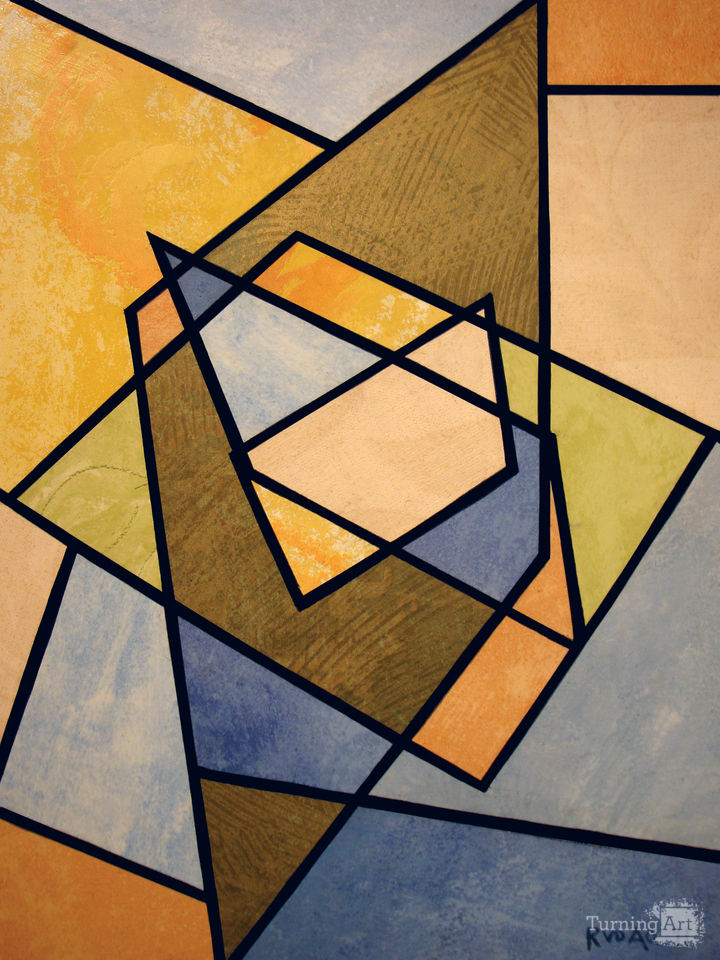 The line work is similar to the silhouette of sculpture by a friend I sometimes exhibit with. I laid in collage elements in pastel colors and fragmented the planes to add an ambiguous quality. There are only seven colors used. The rectangle in the top right corner, the only right angle in the piece, suggested Dutch structuralist painter Piet Mondrian. The title is a dedication of sorts.

Roy van der Aa was born in Holland, educated in Canada, and emigrated to the United States in 1989. Since 1970, he has been a painter, and he has been showing his work regularly since 1974. Roy’s travels have taken him through Europe, Canada and the United States, and have provided him with a variety of experiences. From 1981-1989 he ran a successful artist’s co-op in Montreal. He has written poems, song lyrics, and performed many styles of vocal music in nine different groups. Roy has also participated in four archaeological excavations.

Roy is a founding member of "ArtForms Artist Association of New Mexico":http://www.artformsnm.org and is a member of the Society of Layerists in Multimedia. His work is found in private and corporate collections in the United States and Canada. He has also participated in over fifty-five shows in Canada and the United States.

Roy has been married for twenty-eight years and he has a fifteen year-old son.