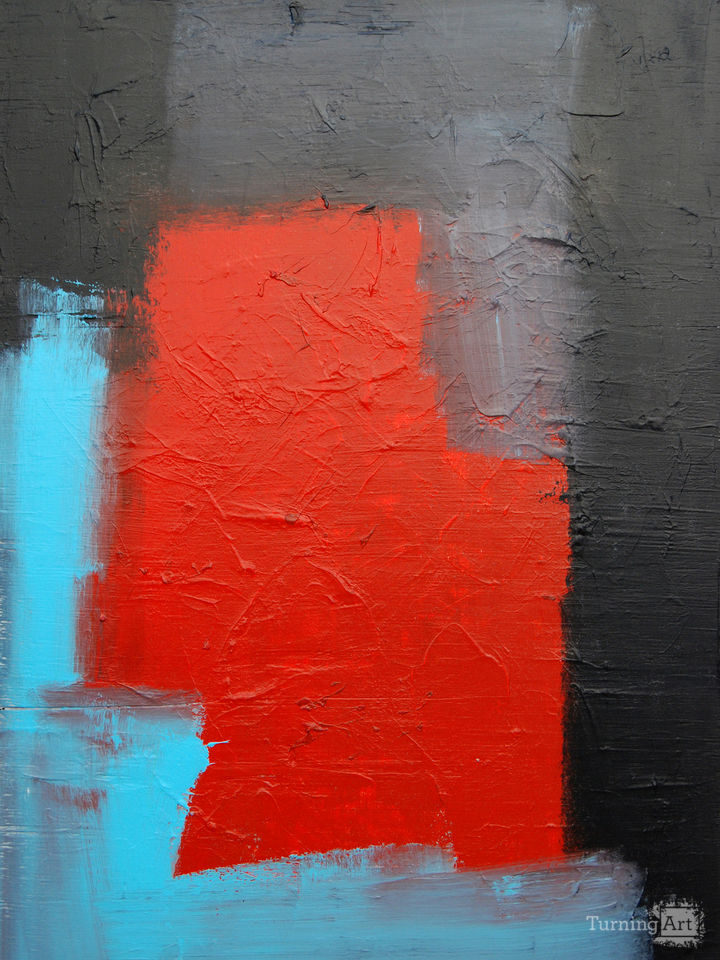 This painting went through incarnation after incarnation. Even when it was completed and framed, and I was satisfied that I had conquered it, I found myself going back time and time again to re-work it. I’d go to bed with it hanging in front of me, so I could contemplate it, as I fell into sleep, hoping that I’d have the answer when I woke up. This went on for months and months. And then one day when I was beyond frustration and on the brink of putting it aside, found the simplicity of it in simple colors that overlapped one another. It gave me the sense that I was looking at a map. I knew I had it then.

Other works by Kevin Brewerton

Kevin Brewerton creates art through the eyes of a fighter. After winning five world kickboxing championships, Kevin turned to art as a way of expressing himself outside of the ring.

His charismatic and flamboyant style has captured the imagination of his peers and kickboxing fans around the world. "Martial Arts Illustrated":http://www.martialartsunltd.co.uk/ wrote, "If anyone in the sport of Karate hasn't heard of Kevin Brewerton, then they must have been in a coma for the last ten years. If the sport of kickboxing karate was a sleeping giant, then it was Brewerton who came along and woke it up".

Whether it is martial art or abstract art, it's all the same to him. Kevin’s philosophy that everything is art leads him to explore a large variety mediums, including film. His provocative silent short film "Metamorphosis":http://www.kevinbrewerton.com/films?lo, which he wrote and directed, won the grand prize at the 2008 "Richard Lawson Film Festival":http://www.richard-lawson.com/studio/filmfestival/rlsfilmfestival.html.