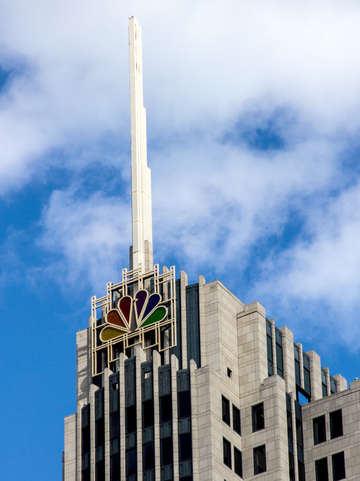 NBC Tower in Chicago, designed by famed architect Adrian Smith of Skidmore, Owings & Merrill (SOM), is considered one of the finest reproductions of the Art Deco style and pays tribute to the NBC headquarters in NYC (the GE Building, aka 30 Rockefeller Plaza), and utilizes flying buttresses as a tribute to nearby landmark Tribune Tower. Completed in 1989, the 37-story building reaches a height of 627 feet and is the current broadcasting home of NBC5 Chicago, Judge Mathis, and The Steve Harvey Show among many others. Popular studio productions of the past include The Jerry Springer Show, The Jenny Jones Show, iVIllage Live, and The Steve Wilkos Show.