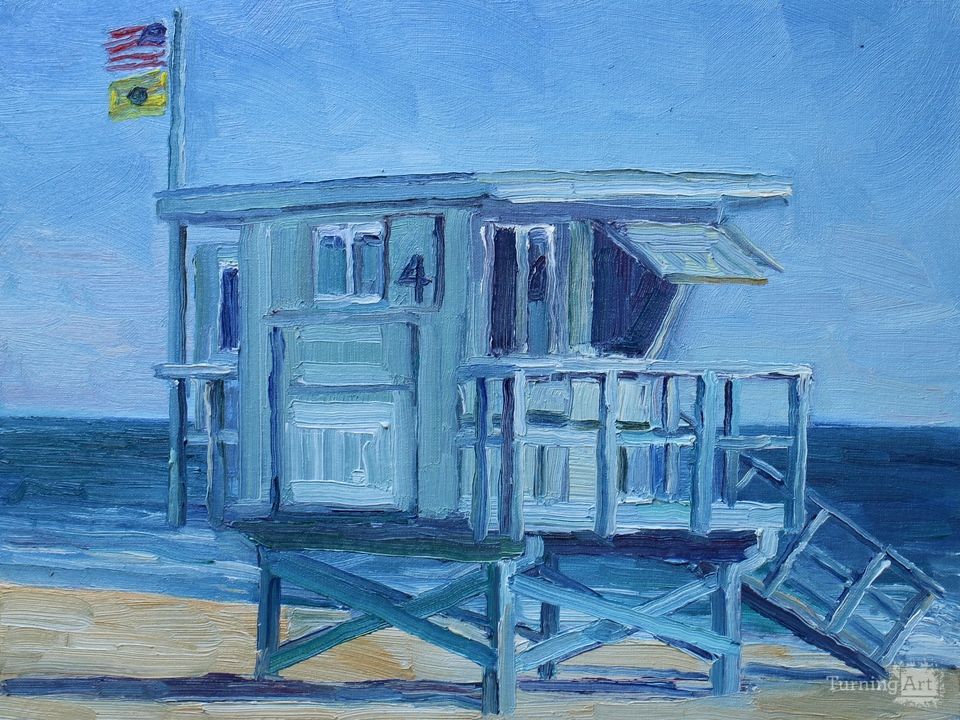 I painted this painting on location (plein air) on Zuma Beach (Malibu, California).